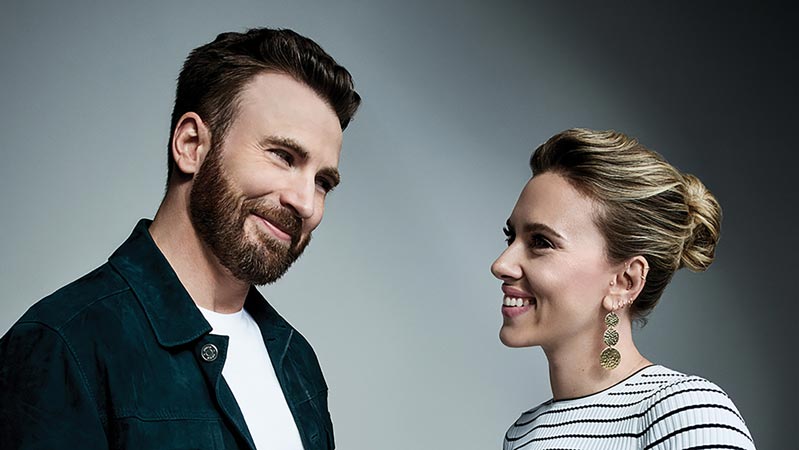 It’s going to be a Marvel-lous reunion. Chris Evans and Scarlett Johansson are reuniting in Apple’s adventure movie Ghosted, according to The Hollywood Reporter.

As per The Hollywood Reporter, the project is “a high-concept romantic action adventure in the vein of Romancing the Stone.” Johansson and Evans worked together in three Avengers films, Captain America: Winter Soldier and Captain America: Civil War.

Evans and Johansson are not only on-screen pals as Natasha and Steve, but they are good friends in real-life too, as apparent in interviews. They also discussed their respective projects – Marriage Story and Knives Out, respectively – and Avengers: Endgame on Variety’s Actors on Actors video series. Apart from MCU, they have worked together in The Perfect Score and The Nanny Diaries.

Scarlett, meanwhile, is engaged in a fierce legal battle with Disney, the owner of Marvel Studios. The bone of contention is the hybrid release of her standalone MCU movie Black Widow, which, as per Scarlett, robbed her of $50 million worth of bonuses. Apart from Ghosted, Scarlett will also be seen in Wes Anderson’s yet-untitled movie.

Chris Evans, on the other hand, has projects like sci-fi black comedy Don’t Look Up and action-thriller The Gray Man lined up.