Netflix renews ‘Manifest’ for a fourth and final season 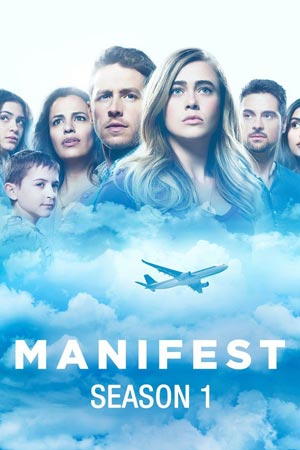 Manifest is still taking one last flight! The beloved television series, which originally aired on NBC before it was canceled after three seasons, has both fans and cast members soaring after Netflix announced it was reviving the show. According to the streaming service, “Manifest will officially return for a super-sized fourth and final season.”

Making the announcement all the more special? Netflix shared the exciting news on Saturday, Aug. 28-a date that marks the unofficial holiday for Manifest fans as the premise centers on Flight 828 and its passengers, who mysteriously went missing for more than five years without aging.

“What started years ago as a flight of fancy deep in my imagination has evolved into the jet engine journey of a lifetime,” creator Jeff Rake said in a statement. “Never in my wildest dreams could I have envisioned the worldwide outpouring of love and support for this story, its characters, and the team who work so hard to bring it all to life.”

Jeff explained that he’s overjoyed about being able to “reward the fans with the ending they deserve.”

“On behalf of the cast, the crew, the writers, directors, and producers, thank you to Netflix, to Warner Bros., and of course to the fans,” he concluded. “You did this.” The show’s creator wasn’t the only one to speak out about the revival. Many stars of the series expressed their excitement on social media.