No refugee status given to anyone so far: Pakistan 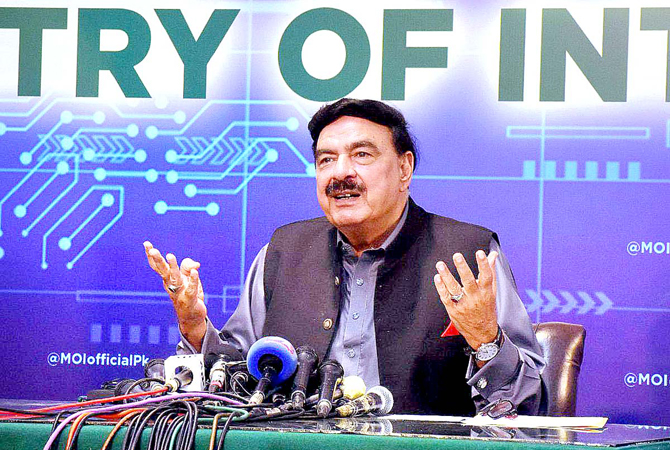 Minister for Interior Sheikh Rashid Ahmad on Monday clarified that so far no ‘refugee status’ has been granted to anyone in the wake of evacuation of foreigners after takeover of Afghanistan by Taliban.

Addressing a press conference, he said that on a daily basis, many people come and return from the Chaman border as per past practice related to the trade activities while there is no extra burden on borders. He said as per official data, so far some 1,627 people from Afghanistan had to face Federal Investigation Agency’s (FIA) immigration process in Pakistan at Islamabad airport besides 2,192 those who moved after clearance from FIA immigration at the Torkham border.

“Pakistan is a responsible state and will fulfill its responsibility of national security while meeting international expectations as a major country of the region with the objective to strengthen peace in Afghanistan,” the minister said. “We had sacrificed more than any country of the world with loss of lives of 80,000 Pakistanis and over 100,000 those who got different disabilities but still our morals are high with having world’s most professional and sound army,” he added.

He said that mostly Pakistanis had been evacuated from Afghanistan while around 30 to 40 Pakistanis were still in Afghanistan and were not ready to come back due to various reasons like the presence of their family members there. He said that the government had fixed August 30 as the last date for those who were overstaying Pakistan on the expiry of visas.

The minister the government had issued visas for a further 21 to 30 days while around 600 to 700 people did not apply for visas or immigration. He said that Pakistan would welcome all those foreign nationals stranded in Afghanistan whether they were American or citizens of any other country. He added the government of Pakistan was providing them visas on arrival.