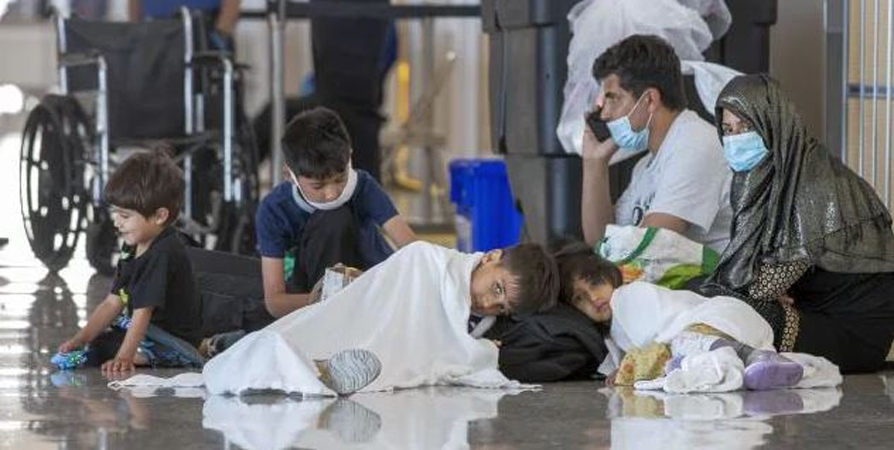 The mayor of a Polish town appealed for organ donors on Monday after two children evacuated from Afghanistan fell so ill after eating poisonous mushrooms they need liver transplants.

“We are all moved by the news of the accidental mushroom poisoning,” Artur Tusinski, mayor of Podkowa Lesna near the Polish capital Warsaw, wrote on Facebook. The children are being treated at a hospital in Warsaw.

The news portal OKO.press reported that their father, an accountant, worked for several years for the British army.

After the Taliban took over Afghanistan this month, the family was evacuated by the Polish military at Britain’s request. The report said the 12-member family group arrived in Warsaw last Monday and went foraging in woods outside their migrant centre. It said the children who need transplants are aged six and eight, adding that an older 17-year-old sibling had also fallen ill but was now better.

Jakub Dudziak, a spokesman for the Office for Foreigners, which runs migrant centres in Poland, denied the children had eaten the mushrooms because they were being fed only twice a day and were hungry. He said the evacuees were being provided “with three meals a day, consisting of varied ingredients with appropriate calorific value, including dairy products, meat, vegetables, fruit and drinks”. “In connection with this unfortunate accident, employees of centres for foreigners will sensitise Afghan citizens not to consume products of unknown origin.”