EVMs panacea to all forms of rigging in elections: Shibli Faraz 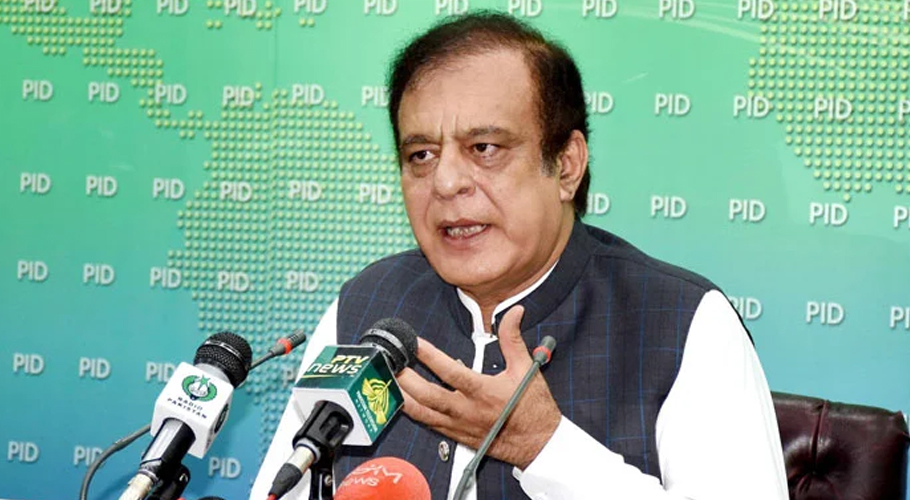 PESHAWAR: Federal Minister for Science and Technology Shibli Faraz said Monday that Electronic Voting Machines (EVMs) were a panacea to all forms of rigging in elections and urged political parties to come and test these machines for holding the next general elections in a fair and transparent manner.

Addressing the business community at Sarhad Chamber of Commerce, Shibli Faraz said the government was striving to take the opposition on board for the introduction of EVMs in elections and added these machines could be used anytime at a single place either during by-election or local bodies elections on a trial basis.

He said every election in the past remained controversial due to the faults in the process of polling and counting, adding electronic voting machines would put an end to such things and there would be stability in the country as a result of fair elections which were a prerequisite for business and economic development of the country. He said that leveling baseless allegations and conjectures with regard to these gadgets by the opposition would be unfair, they should come and test them to satisfy themselves.

However, he added, the Election Commission of Pakistan (ECP) would decide finally about the utilization of these machines. Later the EVMs were also demonstrated before participants as how it worked. Earlier during a meeting with the business community, Shibli Faraz said the Pakistan Standard and Quality Control Authority (PSQCA) was being revitalized by shifting its headquarters from Karachi to Islamabad to promote quality business culture and ensure standards and conformity assessment to compete internationally.

The science and technology minister said that currently the PSQCA which was mainly supposed to foster and promote standards and conformity assessment as a means of advancing the national economy was not delivering up to that level and it had been decided to make it more effective.

He said that a well-qualified and experienced man with a proven track record of integrity would be hired from the market on the Management Position scale (MP-1) as its head to lead the organization in a way that usher in boosting quality export-oriented commodities to strengthen the country’s trade balance. Similarly, the minister added that having a strong and efficient authority would also check poor quality imports like currently low-quality solar panels were received and such imports wasted foreign exchange.

He added that a national quality policy had been approved and all the concerned authorities had been directed to implement the same soon, adding that a mechanism should be worked out to increase the capabilities of institutions linked with the halal food industry. In this regard, he added that mapping of laboratories had been started so that institutions and laboratories could be strengthened to produce certified export-oriented items across the country.

The minister was of the view that more training sessions should be held to produce a skilled workforce and added that there should be strong linkages between industry, academia, and the government to manufacture quality commodities that could lead to the country’s export growth by competing in the international market.

He said that the government could not solely depend on the textile sector and there was a need to make strides in the field of technology which played a pivotal role in the mode of business, adding the government is now focusing on E-commerce to keep pace with the fast-changing business world. Speaking on the occasion, President Sarhad Chamber of Commerce Sherbaz Ilyas Bilour highlighted a number of issues and urged the government to take prompt measures for their resolution.