University hostels should not be vacated to accommodate refugees: Sheikh Rasheed 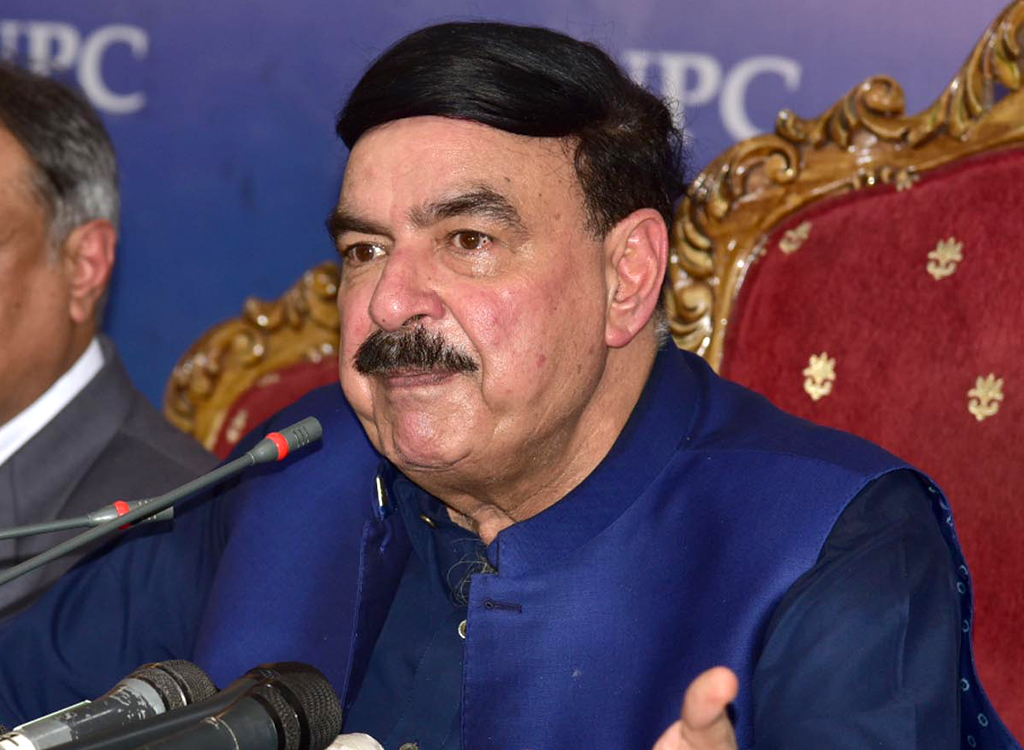 ISLAMABAD: Pakistan has so far not given the status of refugee to a single person from Afghanistan, Sheikh Rasheed Ahmed said.

During a news conference, a day before the US and other foreign troops complete their pullout from the war-ravaged country, he said, “I can confirm as your interior minister that we have not given the status of a refugee to even a single person.”  The US had also requested Pakistan to provide transit facilities after which Islamabad made arrangements at the city’s hotels, he said.  People from Afghanistan arrive in Pakistan via the Chaman border on a daily basis and then go back to their country and this is a  normal activity, Rasheed clarified.

He said that Pakistan has “made arrangements to accommodate 3,000 people in Islamabad only.” He further said, “any person from any nationality, who comes to Pakistan from Afghanistan, will be granted a transit visa of 21 days.” He said that as of now, 1,627 people have entered Pakistan via the air route, while over 2,100 people arrived through the land route at Torkham.

“We had been expecting a huge refugee influx from Afghanistan, but not a single person came to Pakistan as a refugee,” Rasheed said. He said we are keeping a close watch over the movement of people. While speaking about developments in Afghanistan, the minister said that Pakistan had evacuated all but 30-40 citizens from the country. “Those 30-40 people want to remain in Afghanistan, they got married there and now have families, they told us they are happy in Afghanistan,” he added.

He said Islamabad hoped Afghanistan would not allow its territory to be used against Pakistan because New Delhi can use militant groups to carry out subversive activities in Pakistan. Rasheed said Pakistan was the only country in the world that had sacrificed 80,000-plus lives to establish peace in Afghanistan and the region. He said that Pakistan is hopeful that the Taliban would not let their soil be used against its neighboring country.” Daesh fighters are present in Nuristan and in the mountains of Kunar,” he admitted.

During the press conference, he also criticized  PDM and said that the Opposition’s “timing and tuning” were both messed up.”Opposition should prepare for the next elections,” he advised. He said Pakistan was going to be part of international politics and opposition parties in Pakistan are playing petty politics.  The minister said that the people of Pakistan were now aware of political issues, he further commented that by the time the next general elections are held, all pending NAB cases will be resolved.