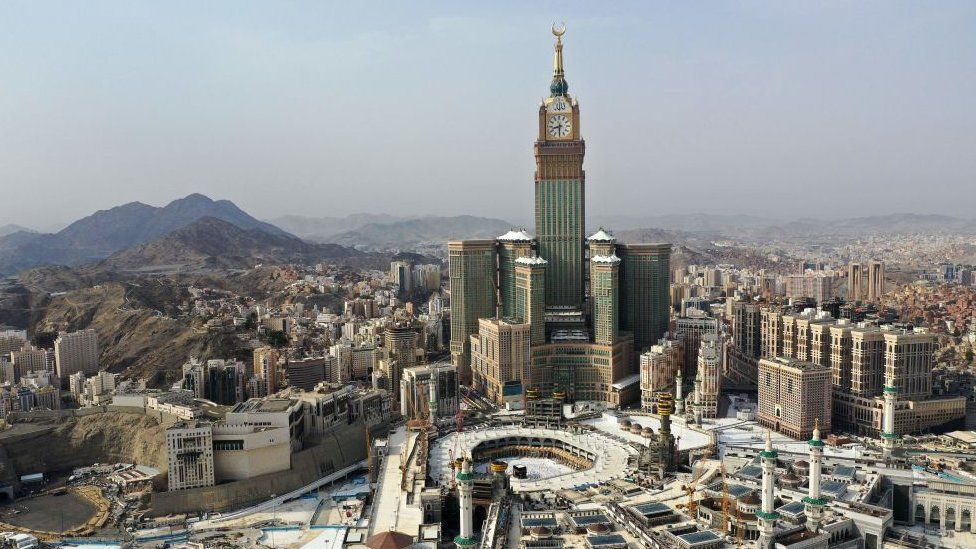 ISLAMABAD, Aug 30: The Saudi Arabia Ministry of Hajj and Umrah affirmed its readiness to receive as many Umrah pilgrims as per the quota that had been agreed upon with various Islamic countries before the outbreak of the corona-virus pandemic.

Dr. Amr Al-Maddah,Saudi deputy minister of Hajj and Umrah said that all preparations to receive pilgrims have been completed and that the ministry has not faced any difficulties in receiving pilgrims from outside the country in recent days since the beginning of the new Umrah season.

“The ministry has the ability to cope with the influx of Umrah pilgrims in line with the quota granted to each Muslim country and the ministry is ready to deal with the number of pilgrims as in a normal situation,” he said.

Al-Maddah said the Ministry of Hajj is working to pair its applications Shaaer and Eatmarna to include all the services provided by the ministry in order for Hajj and Umrah pilgrims to benefit from them in addition to expanding the scope of these services in the two applications, Saudi Gazette reported . The Shaaer app was a great success in the last Hajj season as it contains all the information about the pilgrims’ ID, health and other services.

Shaaer smart card application is the official Hajj application launched by the Ministry of Hajj and Umrah to serve the pilgrims and facilitate the performance of their rites in a spiritual and safe atmosphere following health and regulatory controls and precautionary procedures to stem the spread of corona-virus.

Shaaer application was introduced during the last Hajj season. In the next phase the Shaaer smart card app will be issued for the Umrah pilgrims coming from abroad. The application serves as a digital identity for the pilgrim.

It contains pilgrim’s personal, health, and housing information, providing him with many qualitative services and enabling him to record his health information and review the schedules, as well as gain knowledge of the Hajj program.

The application also allows the pilgrim to know the assembly points and departure times from his housing in the holy sites, enabling him to choose meals through the menus allotted and receive alerts from the control centre.

Al-Maddah said that the aim of the technologies launched by the ministry is to facilitate procedures for pilgrims and raise the quality of services, and what has been used this year constitutes the first phase among several phases including expanding the base of the services provided, with their permanent use for Hajj and Umrah pilgrims, especially those coming from outside the country.

He said that the ministry is going through a major development phase in the provision of technological services, especially under the pandemic circumstances. The ministry seeks through this to make technology the basis for obtaining services and raising their quality in various paths, including shortening the waiting period and verifying identity, while providing electronic tickets.

Referring to the post pandemic situation, Al-Maddah said: “What is noticed at this phase is that the programs affiliated with the Ministry of Hajj codify the numbers in line with the accommodation capacity, and these numbers increase in each phase in accordance with the data that takes place through the programs that work to organise the service and raise the capacity.

“The quality of the unified services in these programs will expand with the start of containing the pandemic with provision of more diversified and accurate services keeping pace with the increase in the inflow of pilgrims from abroad.”

Regarding the protection of applications from intrusive penetration, Al-Maddah stressed that the applications that follow the ministry are frequently updated at security level to avoid any penetration or disruption of its services, explaining that there are moves to assemble all applications in one application, which includes all the services that the pilgrim needs throughout his entire journey.

This is what happened in the application of rituals in the Hajj, and it is expected that the coming period will witness a link between the applications of Shaaer and Eatmarna, he added. The application does not deal with those coming on Umrah visas issued through Umrah service companies.

Al-Maddah said that the use of the Ministry’s applications for pilgrims abroad is available for those coming from the Gulf countries or those coming on visit and tourism visas according to the paths of arrival and the type of visa with the availability of health requirements and the necessary quarantine procedures.