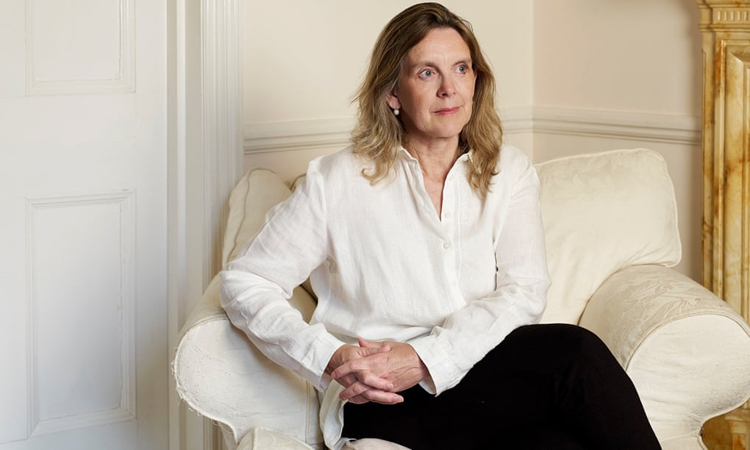 Uring my first week as a newly qualified forensic psychiatrist at Broadmoor, I had to visit one of the wards. At the foot of a staircase, I stepped aside to let a group of patients pass. Another staff member joined me, and we waited as the men, mainly in their 40s and 50s, descended in silence, walking carefully, hands skimming or leaning on the bannister for support. One man caught my attention because he looked like a stock image of Father Christmas, with a big white beard. When they’d gone, my companion turned to me. “Do you know who that was?” I shook my head. “Peter Sutcliffe… you know, the Yorkshire Ripper.”

I remember thinking, with an intake of breath, “So that’s him.” He was one of the hospital’s most notorious patients, that rarest of offenders, a serial killer. I felt shaken for a moment, and then it dawned on me that the shock was that there was nothing to see. He was just a man, not a monster. When detectives in Yorkshire were desperately trying to solve a series of brutal murders of local women, they interviewed Mr Sutcliffe seven times before he was identified as the suspect. They evidently saw nothing to mark him out from any other man.

Meeting Peter Sutcliffe, it dawned on me that the shock was that there was nothing to see

What a paradox it is that we eagerly put violent offenders on show in the public domain, in scary mug shots or true crime recreations, while avoiding looking at our own capacity for cruelty as much as possible. We assume that people who have done a horrible thing are completely other and will never want to change their minds for the better. At the same time, our culture and media constantly encourage transformation, urging us to become our “best selves”. We celebrate people who change their bodies for the better, learn new skills, forge a new career or overcome disabilities. But when it comes to violence perpetrators, there seems to be an assumption that they are fixed in malevolent amber. That brief encounter with Mr Sutcliffe on the stairs marked the start of a long journey for me. I would learn to let go of my assumptions about how “evil” might look and how our capacity for cruelty can, with enough time and willingness, be better understood so that risk might be reduced. I would have the privilege of learning how to open and change my mind and perceptions, just as I would be asking my patients to do.

People have often asked me how I can bear to work with violent offenders at close quarters, sitting alone in small rooms giving them therapy. They assume that my job entails constant fear or revulsion, but I explain that the strongest emotions I have felt in the company of my patients have been sorrow and pity. This requires a careful balance of compassion with detachment that I’ve come to think of as “radical empathy”. The word “radical” derives from Latin radix, root, and therapy aims to dig down into people’s pasts and unearth difficult memories with them. It is the job of the courts to judge them, not mine, but I cannot lose sight of their offence and its terrible consequences as we work. I must also hold on to hope as we untangle their complex feelings and experiences, helping them take agency for their violent behaviour, which is key to risk reduction. Carl Jung said it best when he proposed that “the reason for evil in the world is that people are unable to tell their stories.”

Contrary to ideas of “radical” meaning something revolutionary or urgent, the practice of radical empathy has come slowly for me, requiring years of discipline and application, and a team of supportive colleagues. Eileen Horne and I explore this learning curve in our book, The Devil You Know: Stories of Human Cruelty and Compassion. Using stories which follow the arc of my career, we take the reader into therapy rooms where I am assessing or treating people who our society labels “monstrous”: a serial killer, a stalker, a child sex-abuser, a girl who killed an old man as part of a teen gang, and others. These accounts demonstrate how radical empathy differs from “regular” empathy; I am not trying to “walk in their shoes”. Instead, I keep them company on their painful road towards greater self-knowledge as we work to get to the meaning of their violence. We are not always successful: without an ability to self-reflect, someone will have little capacity for recognising other people’s pain. As one such patient admitted, “I have multiple masks, I don’t really know who I am.” Many described their offence as dreamlike, telling me “it wasn’t real” – or, in one case, that they felt they only “woke up” when the victim started screaming.

An essential part of my long training in psychiatry and psychotherapy has focused on helping me to understand my blind spots. An example of this was the assumption I once had that people who had killed once would always want to kill again. I grew up reading a lot of crime fiction which probably nurtured an idea of murderousness as a permanent state of mind. Only by taking a deep dive into some real-life stories did I discover that the reasons for homicide were complex and multifactorial, and it was a crime rarely repeated. I learned that murder usually involved people who knew each other well. It was a story of relationships gone wrong, not a mysterious attack by a stranger. The uncomfortable truth is that most people in peacetime settings are killed by someone who, as WH Auden said, eats at their table and shares their bed.

Most people are killed by someone who, as WH Auden said, eats at their table and shares their bed.

In my training. I learned to ask, “What problem did killing this person solve for you?” Together we would discover that homicide had made sense to them in the moment as a solution to some unbearable emotions such as shame or despair. As I listened, it also began to make sense to me. I could see how their dark tangle of thoughts, of ordinary emotions run riot, culminated in a decision that someone should die. Such distorted thoughts flourished when accompanied by ideas of entitlement and judgment about the victims: prostitutes must be eliminated, or ex-lovers deserve to suffer, for example. In one story I tell in our book, a man’s murderousness arose from a need to attack those people who represented a vulnerable part of himself.

I started out assuming women were innately less violent than men, and on the surface that seems true: in a recent UK survey, 93% of homicides were found to be committed by men. But in the course of my work, I discovered it doesn’t necessarily mean women are kinder or better humans, nor that there’s something about the Y chromosome that makes men more inclined to murder. The stories I’ve heard convince me that female violence is like male violence in its roots and emotional basis. The only difference is that it seems to take more to push women to the point where fatal violence erupts.

I have long wanted to try to share the things I’ve learned about human nature with a general audience, but my patients have also taught me that stories will find their moment to emerge when the teller and the listener are ready. As I watched the increased polarisation in our country and elsewhere in recent years, it struck me that although Homo sapiens has advanced in many ways, we can still be blind to the essential truth that we are more alike than we are different.