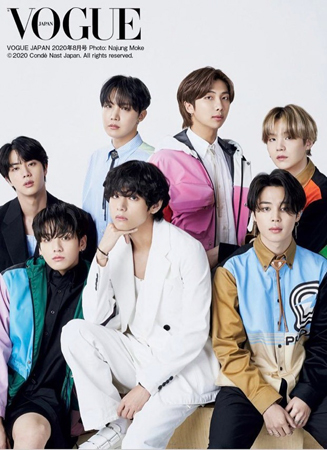 South Korea: In just a few years, the K-pop band BTS has become globally famous and holds massive popularity. It also enjoys a very loyal fan following who are collectively called its ARMY and today is a special day for these fans.Also Read – BTS Jimin, V and Jin’s Whopping Net Worth Will Make Your Heart Beat Even Faster | Check Here

Its been exactly 3000 days since BTS boys – Jin, Suga, J-Hope, RM, Jimin, V, and Jungkook stepped into the world of music. Yes, exactly 3000 days ago, BTS aka Bangtan Boys were launched under the banner of BIGHIT Entertainment. On this special day, several fans took to social media celebrating the same and expressing their love for the group. While some of the fans mentioned that they were not a part of this journey since the beginning, they promised to support the K-pop boys forever. Fans are also dropping purple heart emojis and writing ‘I Love You 3000’ on Twitter. Also Read – BTS Jimin Reveals How It Was To Perform In Empty Stadium, Painful!

She Sticks a Rose Stalk Into a Potato and Look What Happens a Week Later BTS released their debut single album 2 Cool 4 Skool on June 12, 2013. Since then, the group has released several songs.