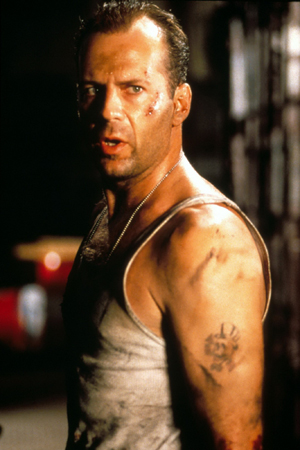 The first instalment of the Die Hard franchise proved to be a ground-breaking film of the action genre.

Released in 1988, The trendsetter flick saw Bruce Willis played the role of a New York Police Department officer John McClane who is trying to save the hostages, including his wife, who are held hostage in a plaza by a terrorist group from Germany during Christmas season. Bonnie Bedelia played McClane’s wife Holly Gennaro McClane. Alan Rickman, who later played Professor Severus Snape in the Harry Potter film series, played the antagonist with his group of insurgents. Die Hard became a blockbuster and was critically acclaimed for its gripping and survival-based storyline. It has an 8.2 ranking on IMDB. However, a report mentioned some interesting trivia about the film which will surprise its fans The sixth choice Bruce Willis’ was not originally meant to play the protagonist. He was the sixth choice. Arnold Schwarzenegger, Burt Reynolds, Sylvester Stallone, Harrison Ford and Richard Gere were reportedly approached for the role. No pain, no gain Die Hard took a toll on Willis’ well-being as he suffered a hearing loss duringits shooting. However, the actor worked professionally and put on a great performance. This showed hard work does pay off. The language confusion The terrorist group were not speaking German in the flick. They were talking gibberish. It was later corrected to avoid any controversy. Rickman being uncomfortable with gunfight scenes The idea of a gunfight in Die Hard did not sit well with Rickman as he had mostly worked in theatres. In the film, he is seen being uncomfortable with the sequence. Like Willis, he also did not let this get in the way and worked professionally. Walking on glass? A scene in which McClane is seen walking on the broken glass did not happen. A closer look shows him wearing special shoes for making his legs look authentic.