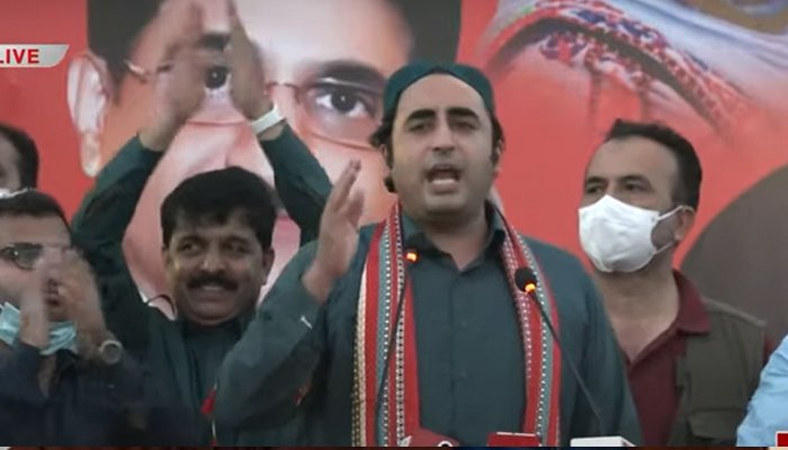 PPP Chairman Bilawal Bhutto Zardari on Sunday announced to appeal a Supreme Court verdict that declared a PPP-era law on reinstatement of sacked employees unconstitutional and illegal, adding that ‘no one can snatch away jobs given by the parliament’.

“PPP will provide relief to all those people from whom jobs have been snatched,” he said in his address to a worker’s convention. He recalled how Benazir Bhutto “aimed to create employment opportunities for the people of Pakistan”. “Benazir Bhutto provided jobs to 16,000 households and Imran Khan took away jobs from all those people,” he said. “The selected prime minister promised to create one million job opportunities, however, instead of providing jobs he took away jobs from the people who were already employed,” he added

Bilawal said that because of PM Imran Khan, 10,000 employees of Pakistan Steel Mills were abandoned and their households had to suffer. “We ask Imran Khan what he is doing to employ the people of Pakistan, as millions of youngsters have lost their jobs during these last three years,” the PPP chairman said.

Under the PPP-era Sacked Employees (Reinstatement) Ordinance Act (SERA) 2010 law, a number of people had been employed or given promotions who had been forcibly sacked from various institutions and departments by successive governments during 1996 and 2007. The SC, however, found that the SERA extended undue advantage to a certain class of citizens, thereby violating fundamental rights under Articles 4, 9 and 25 and being void under Article 8 of the Constitution. Earlier this month, PPP had appealed to the Supreme Court to review its verdict that declared SERA 2010 illegal and unconstitutional.

Speaking of the three-year performance of the PTI government, he said, “Prime Minister Imran Khan is celebrating three years of destruction in Islamabad.” He said that in these last three years, unemployment and poverty ‘reached their peak’. “When one province suffers, it is painful for all other provinces,” he added, referring to Sindh allegedly being sidelined by the Centre.

Shedding further light on Imran Khan’s “unfulfilled” promises, he said: “The prime minister promised to construct five million houses. I ask him is Khairpur not a part of Pakistan? How many houses have been constructed in Khairpur so far?”

“As youngsters suffer because of unemployment under the rule of all other political parties, Pakistan Peoples’ Party will make sure it creates jobs for the youngsters,” he promised. “We will not tolerate any injustice. The water crisis (in Sindh) should be resolved fairly, or else we will conduct protests across the country as announced in Hyderabad earlier,” the PPP chairman said.

Concluding his speech, Bilawal said, “We need the support of all jiyalas (loyalists) across Pakistan. Because when jiyalas come out they fight for their rights no matter what era they are in.” “We trusted many friends but all of them cheated us,” he said. “Now PPP’s jiyalas are enough. We will stand on our own feet and do our own politics,” the PPP chairman added.