Two soldiers martyred in attack from inside Afghanistan 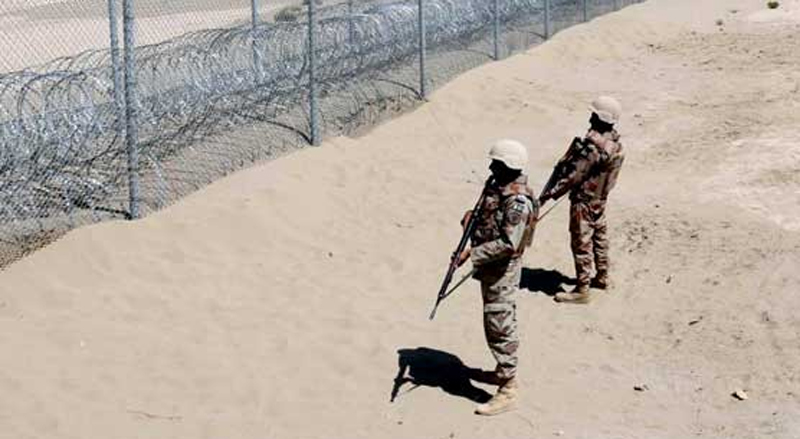 As many as two soldiers of Pakistan Army on Sunday embraced martyrdom and three terrorists were killed while thwarting a terrorist attack from inside Afghanistan across the international border.

The terrorists opened fire on a military post in Bajaur District. The Pakistan Army troops responded in a befitting manner, said an ISPR news release.

“As per intelligence reports, due to fire of Pakistan army troops, three terrorists got killed and four other got injured,” it said.

The soldiers martyred, in exchange of fire, were identified as Sepoy Jamal (resident of Mardan, 28 ) and Sepoy Ayaz (resident of Chitral, 21 ) who embraced shahadat.

Meanwhile, Minister of State for Information and Broadcasting Farrukh Habib on Sunday strongly condemned terrorist attack on Pakistan Army checkpost from Afghanistan side.

In a statement, he said that Pakistan’s armed forces and security forces were sacrificing their lives to establish peace. He saluted to those who sacrificed their lives for the protection of the motherland. He said that fence installation on Afghanistan border was underway, and its completion soon would make border system more efficient.

Terrorism could not deter Pakistan’s armed forces back from their mission, the minister said. Terming martyrs as national heroes, Farrukh Habib prayed for the high ranks of the soldiers who were martyred in the incident.

In a similar incident, a paramilitary soldier was martyred on Thursday when terrorists attacked a check-post in the Three Baman Sector from across the Afghan border. On Friday, ISPR Director General Maj Gen Babar Iftikhar had emphasised that the situation on the Pakistan-Afghanistan border was “normal and under control”, while Pakistan’s side was “secure”.