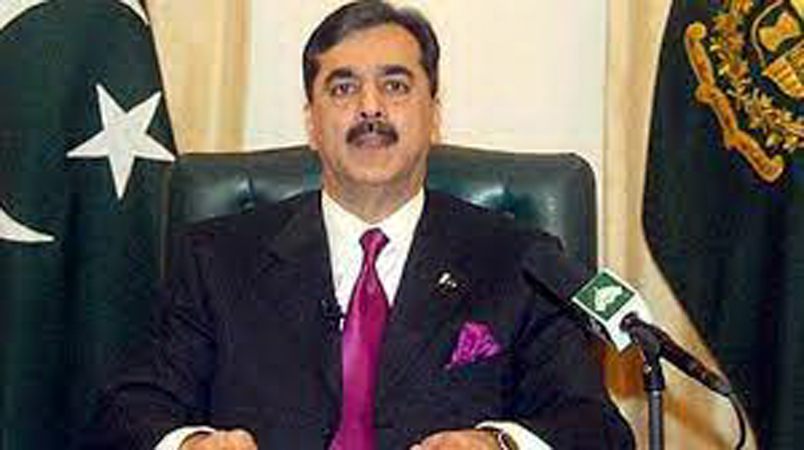 The former prime minister said that PPP was regaining support not only in South Punjab but also across the country due to its public-friendly ideology. He said that the party leadership rendered sacrifices for the country. He said that Shaheed Zulifqar Ali Bhutto given the constitution to the country in 1973 which was accepted by all political parties.

He said that Shaheed Benazir Bhutto signed a charter of democracy for strengthening democracy in the country.

He said that political stability was must for economic stability in the country adding that there was not even a signal political prisoner during his tenure as prime minister. He urged the government to fulfill its pledge regarding the establishment of South Punjab as a separate province. He said that Kashmir was an essential part of Pakistan and added that PPP stands by the people of Indian Illegally Occupied Jammu and Kashmir (IIOJ&K).

He said that Modi’s government could not defeat the struggle for the independence of Kashmiris through torture. He lauded the sacrifices of the Kashmiri people for their struggle of self-determination and said that the people of IIOJ&K would get their independence soon.

To a question, Mr Gilani said that the Pakistan Democratic Moment (PDM) was started after consensus among all opposition parties adding that the Pakistan People’s Party was not in favor of resignation from the parliament.

He said that the decision of rejoining PDM would be made by the Central Executive Committee (CEC) of the party not by any individual.

Responding to another question about the ongoing situation of Afghanistan, he said that 3.5 million Afghan refugees were living in Pakistan since the Soviets attacked Afghanistan in 1979 adding that United States (US) and other countries seemed to have forgotten it. Gilani went on to say that like others, PPP was also in favor of sustainable peace in Afghanistan adding that the party was monitoring the situation and also the statements of the Talibans.

He maintained that all countries should develop a consensus on the Afghan issue to ensure peace in the region. He also spoke about the protection of basic rights, women education and minorities’ rights there.

Gilani further stated that he demanded a joint session in the senate to discuss the ongoing situation in Afghanistan. He also lauded the government for successful evacuation operation in Afghanistan which was also being acknowledged by the world. He said that Pakistan People’s Party was regaining public support and various people were ready to join PPP.