* Gill says PTI has given a shameful defeat to opposition in elections of Gilgit-Baltistan, Senate and AJK 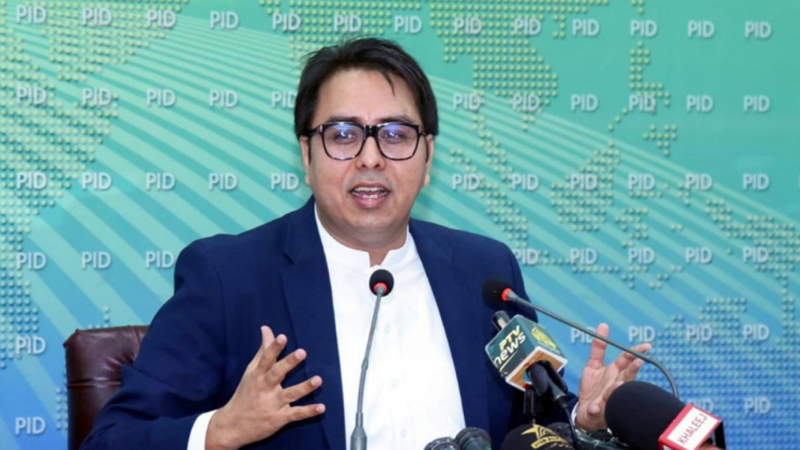 Special Assistant to Prime Minister for Political Communication Dr Shahbaz Gill said on Sunday that second line team of Pakistan Tehreek-e-Insaf (PTI) had given a shameful defeat to the opposition in the elections of Gilgit-Baltistan, Senate and Azad Jammu & Kashmir (AJK).

He said that PM Imran Khan would personally lead the election campaign in general elections 2023 and make a clean sweep throughout Pakistan. Addressing a press conference at Gattwala, he said that PDM power show in Karachi would fizzle out like its successive protestations from 2018 to 2020. He said that Pakistan Democratic Movement (PDM) who was demanding resignation of Prime Minister Imran Khan bitterly failed to achieve its entire objective as it had deviated from the democratic and positive role of a strong opposition.

He said the PTI being a truly elected government wanted to take the opposition on board so that a collective national agenda could be implemented for the welfare of masses. He said that opposition actually wanted only NRO and was unwilling to play its democratic role. He said that they had abused PTI, begged and also remained mum to get NRO but PM Imran Khan was following strict policy and refused to compromise with corrupt elements.

He lamented that Maulana Fazlur Rehman despite being a religious scholar was telling a lie. Initially, he (Fazl) demanded resignation from PM Imran Khan but later on he abandoned his move as his sponsors failed to provide him financial support. He said that Maryam Nawaz was harping on a mantra of women rights but “we believe that our beloved Holy Prophet (Peace and blessings of Allah be upon him) had given rights to females about 1400 years ago and our struggle is to transform Pakistan into a true Islamic welfare state”.

He said that so-called champion of women was a part of PDM that denied women to participate in the rally. He said that statements of Maulana Fazlur Rehman and Nawaz Sharif against women were on record and Maryam should resign from the politics keeping in mind the statements. He said that seasoned Muslim Leaguers like Raja Zafarul Haq who believed in merit should ask from their own conscious that why they were protecting the Nawaz Sharif’s clan who was involved in loot and plunder.

Shehbaz Gill said that after the rise of PTI, the PML-N had become a GT Road party while PPP had restricted to the Sindh province. However, he said that still PPP and PML-N were much bigger parties as compared to JUI-F but they forced to follow this much smaller party in so-called political struggle. He said that so-called political champions had termed the PTI as a ‘Tonga party’ but now they were begging for political support of others to remain in politics and cover their misdeeds.

He said that PML-N had announced that it would not oppose PPP but a statement from PDM clearly indicated that the PPP had stabbed the political movement from its back. He said that Imran Khan would never ever make a deal with these corrupt elements but he preferred to send them to jail.

The SAPM said the PTI had not only contained corona but also put the national economy on right track. He said that Pakistan had been declared 3rd country by containing corona through best management practices.

About the achievements of PTI, he said that the economy had improved, exports had increased while the government took bold steps to enhance the minimum wages of workers. He said that PML-N and PPP had brought Pakistan on the verge of collapse but Allah Almighty saved it through Imran Khan.

He said that opposition was only in the habit of criticizing government but they were not ready to accept their own blunders. He said that Imran Khan was focusing on the welfare of poor masses. In this connection, Panahgahs had been built to provide shelter to the homeless. Similarly, birds and cattle have been distributed among the rural women. He said that stipend had been fixed for pregnant woman and the poor children but instead of appreciating these good and positive steps, the opposition parties made a joke because they had been cut off from strata of the society. Their children are studying and living abroad and only few persons like Rana Sana Ullah and Saad Rafiq had been directed to keep them politically alive.

He said that Imran Khan save national wealth instead of sending it abroad. He said, “We recovered Rs 500 billion through National Accountability Bureau (NAB) and through this amount a number of welfare schemes had been launched including health cards, Kisan cards, Ehsaas Kifalat, Koi Bhoka Na Soey, educational scholarships, provision of subsidies, construction of hospitals and shelters for the poorest of the poor, etc”. He said that Imran Khan was a leader of international stature and he was not ready to accept any pressure against the solidarity, integrity and prosperity of Pakistan. He said that Pakistan wanted peace and would continue its efforts in this regard.