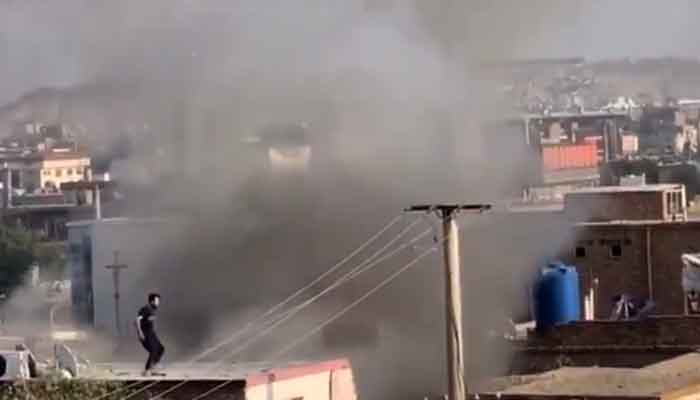 An explosion was heard near the Kabul airport on Sunday hours after US president Joe Bidon warned of another terror attack. According to the witnesses, the explosion appears to have been a rocket attack. Black smoke rising in the area can be seen in footage on TV and social media. According to the media reports a rocket hit a house in the Khawja Bughra area near the airport.

Suicide bomb threats hung over the final phase of the US military’s airlift operation from Kabul Sunday, with President Joe Biden warning another attack was highly likely before the end of the evacuation. About 114,000 people have fled the country via the massive US-led evacuation since the Taliban movement swept back into power two weeks ago, and the operation is winding down despite Western powers saying thousands may be left behind.

The US embassy in Kabul later released an alert warning of credible threats at specific areas of the airport, including access gates. It is reported that the Taliban are particularly concerned about the south entrance of the airport, which is the main entrance protected by the armed group, as well as the northwestern corner of the airport. The Taliban have now sealed off roads leading to the facility.

This is a developing story.