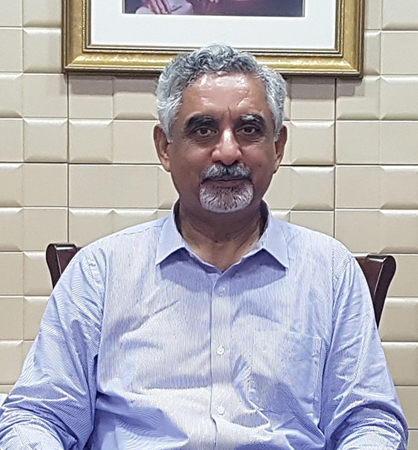 The latest book by Prof. Dr. Syed Mansoor Sarwar, Vice-Chancellor, University of Engineering & Technology, Lahore. Unix The Textbook, (third edition) — has been ranked 1st in Book authority’s ranking of 73 Best Unix eBooks of all time and 2nd in the list of 100 Best UNIX Books of all time. Dr. Sarwar is the only Pakistani who has achieved such a coveted honor.

The lists were compiled based on the recommendations by top software engineers: Tim O’Reilly (of O’Reilly Publisher’s fame), Julia Evans, Garry Tan, and James Hong. Forbes and Inc, Book Authority identifies and rates the best books using dozens of different signals, including public mentions on social media, recommendations by thought leaders, user ratings, popularity and sales history. It has the most comprehensive collection of book recommendations from domain experts such as Elon Musk, Warren Buffett, Prof. Daniel Kahneman, Sheryl Sandberg, and David Allen. To keep its site objective and unbiased, ratings are calculated purely based on data.

The book was published in November 2016 by CRC Press/Taylor & Francis (a subsidiary of Informa), Boca Raton, Florida, USA. The first two editions of the book were published by Addison-Wesley (a subsidiary of Pearson Education), Boston, Massachusetts, USA. Informa and Pearson are top-20 ranked publishers in the world.

73 Best Unix eBooks of All Time
The 73 best Unix ebooks recommended by Garry Tan, James Hong, and Julia Evans, such as UNIX and Definitive Guide to sed.
The UNIX operating system was authored in 1969 by Ken Thompson and Dennis Ritchie at the Bell Labs research center. It is a robust and much safer system compared to other operating systems including Microsoft Windows. In spite of being a 52-year old operating system, it remains extremely important because most of the Internet servers run on UNIX and UNIX-like operating systems.

These books are also being taught in several other countries including Canada, UK, Belgium, and Australia. The US Navy is also using UNIX: The Textbook, Third Edition for one of its training programs. The first edition of the book was translated into the Chinese and Spanish languages too. These translations are being used in China, Hong Kong, Spain, and Mexico.