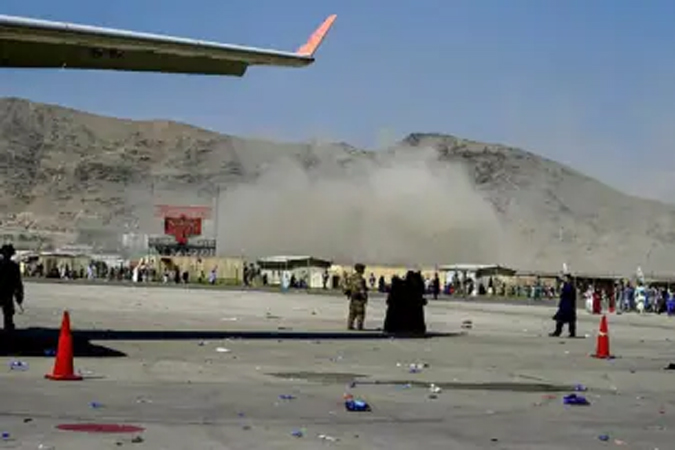 A US air strike in Afghanistan killed two high-profile ISIS targets and left another wounded, the Pentagon said Saturday.

No civilians were hurt in the attack early Saturday, which followed the suicide bombing Thursday that killed scores of people including 13 US troops at Kabul airport, Major General Hank Taylor told a news conference.

The Pentagon declined to say if the people targeted in the US strike were directly involved in the suicide bombing. “They were ISIS-K planners and facilitators. That’s enough reason there alone,” said spokesman John Kirby.

“The fact that two of these individuals are no longer walking on the face of the Earth, that’s a good thing,” Kirby added.

The suicide bombing, which targeted throngs of Afghans gathered outside the airport in hopes of fleeing Taliban-ruled Afghanistan, opened a deadly new chapter in the drama unfolding as the frantic US evacuation drive approaches its Tuesday deadline for completion.

US officials have said more attacks on the evacuation effort are likely.

The US evacuation of vulnerable Afghans has continued, with Taylor saying there were around 1,400 at the airport Saturday who have been “screened and manifested for flights.” Altogether, around 117,000 people have been flown out of Afghanistan since August 14, the day before the Taliban seized power.

President Joe Biden promised on Thursday that Washington would go after the perpetrators, and U.S. Central Command said the drone strike took place overnight in Nangarhar province, east of Kabul and bordering Pakistan.

Spokesmen for the Taliban, which took over Afghanistan as US forces withdrew, did not comment on the drone strike.

The White House said the next few days were likely to be the most dangerous of the evacuation operation. The United States and allies have taken about 111,900 people out of Afghanistan in the past two weeks, the Pentagon has said.

US officials said another attack against the Kabul airport was a near certainty, and there were fears that it could be more destructive than Thursday’s attack. The US Embassy in Kabul warned Americans to avoid the airport and said those at its gates should leave immediately.

Most of the more than 20 allied countries involved in airlifting their citizens and Afghans out of Kabul said they had completed evacuations by Friday.

Britain was ending its operation on Saturday, its armed forces chief Nick Carter said, adding that the focus would then turn to withdrawing British troops. A military transport plane carrying British troops arrived back in England on Saturday morning. Carter said hundreds of people who had worked with Britain would not make it through.

NATO’s senior civilian representative to Afghanistan said staff had done their best under almost impossible circumstances and would do their best to bring out those left behind. read more A US official said a reaper drone flown from the Middle East struck an Islamic State militant who was planning attacks and was in a car with an associate. Both are believed to have been killed, the official said, speaking on condition of anonymity.