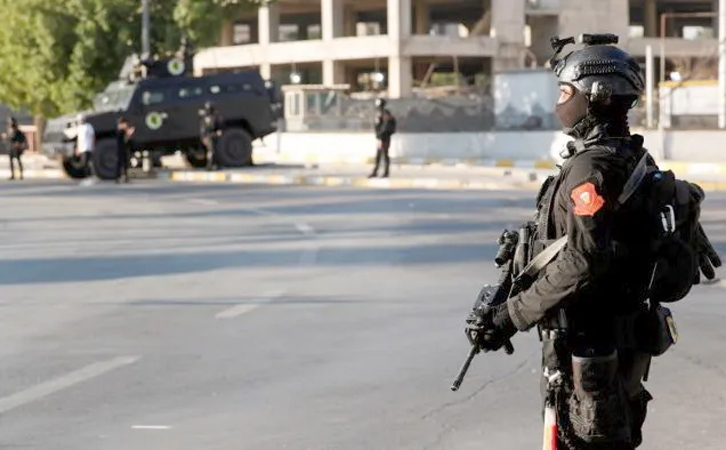 Iraq hosted a regional conference on Saturday aimed at easing tensions in the Middle East while emphasising the Arab country’s new role as a mediator.

Among the attendees were archenemies Iran and Saudi Arabia, whose rivalry has often played out in Iraq and other countries, including Yemen and Lebanon.

Amirabdollahian said Iran stood by Iraq in fighting terrorism, but he highlighted the United States’ “assassination” of Iran’s Major-General Qassem Soleimani and Iraq’s militia leader Abu Mahdi al-Muhandis in a drone strike close to the Baghdad airport in January 2020.

“They [the Americans] not only did not bring peace and security for the people of this region but were the main reason for insecurity, and this can be clearly seen in many countries in the region,” the diplomat said in Arabic. Amirabdollahian expressed regret that Syria was not invited to the summit, and repeated Iran’s stance that stability in the Middle East can only be achieved through regional dialogue and rejection of foreign intervention.

‘RETURN OF IRAQ AS A PIVOTAL PLAYER’: Egyptian President Abdel Fattah el-Sisi, Arab League Secretary-General Ahmed Aboul Gheit, and Jordan’s King Abdullah II arrived to participate, as well as French President Emmanuel Macron. France co-organised the meeting, which is expected to discuss a potentially devastating regional water crisis, the war in Yemen, and the severe economic and political situation in Lebanon that has brought the country to the point of collapse. Qatar’s Emir Sheikh Tamim Bin Hamad Al Thani arrived in Baghdad for the summit, and was greeted by Iraqi Prime Minister Mustafa al-Kadhimi at the airport. It was the first official visit to Iraq by the Qatari leader.

“This summit marks the return of Iraq as a pivotal player in the region,” said political analyst Ihsan al-Shammari, who heads the Iraqi Political Thinking Center in Baghdad. “Having rival parties be seated at the same table is a significant step in that direction.”

The meeting is a chance for al-Kadhimi to showcase his recent efforts to portray Iraq as a neutral mediator in the region’s crises and re-engage with the world after decades of conflict. Iraq seeks to play a “unifying role” to tackle crises shaking the region, sources close to al-Kadhimi say. Iraqi special forces deployed in Baghdad, particularly around the Green Zone, which houses foreign embassies and is the seat of the Iraqi government.

The high-level summit meeting in Baghdad is a major boost for Iraq and its top leadership, sending a message of Arab solidarity with the country, which has increasingly been pulled into Iran’s orbit in recent years. The country had been largely shunned by Arab leaders for the past few decades because of security concerns amid back-to-back wars and internal unrest, its airport frequently attacked with rockets by insurgents.

Earlier this year, Iraq hosted several rounds of direct talks between Saudi Arabia and Iran, with mid-level officials discussing issues related to Yemen and Lebanon. The talks signalled a possible de-escalation following years of animosity that often spilled into neighbouring countries and at least one still-raging war in Yemen. The talks, while significant, fell short of a breakthrough in relations given the deep strains, historic rivalry and continued sporadic attacks on Saudi oil targets by Iran-backed Houthi rebels from Yemen.

There has been talk, however, of the potential for Saudi Arabia to reopen its embassy in Tehran, which was ransacked and shuttered following outrage over the execution of a prominent Saudi Shia cleric in early 2016. Saudi Arabia and other Arab Gulf states such as the United Arab Emirates have called for any nuclear agreement between world powers and Iran to also address its ballistic missile programme and support for militias.

An Iraqi government official told The Associated Press he anticipated Saudi and Iranian officials would hold talks on the sidelines of Saturday’s meetings. He said the aim was to bring opponents to the same table and create a political atmosphere for resolving outstanding problems.

Iranian officials have said they are focused more on the outcome of talks in Vienna with Western powers over Iran’s nuclear programme and international sanctions.