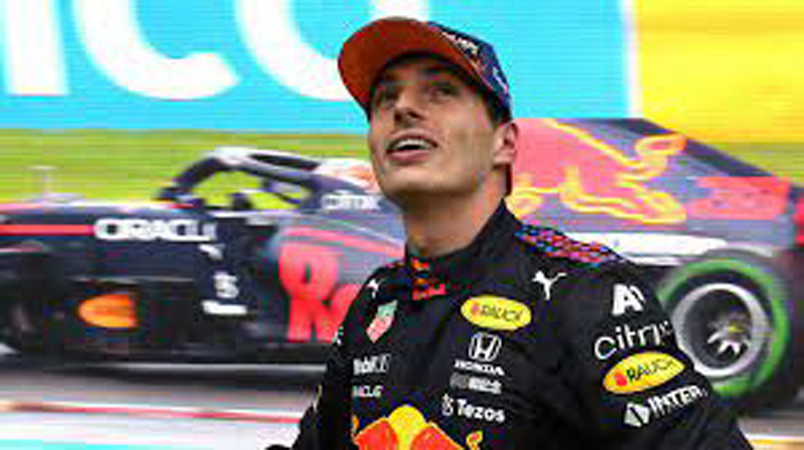 SPA-FRANCORCHAMPS: Red Bull’s Max Verstappen mastered the rain to claim Belgian Grand Prix pole on Saturday, snatching the fastest time in qualifying from surprise package George Russell of Williams.Lewis Hamilton’s Mercedes will start on the second row as he goes for his 100th Grand Prix win, Daniel Ricciardo’s McLaren completing the second row. Qualifying was marred by a heavy crash in Q3 involving the McLaren of Lando Norris, whose hopes of a first ever pole bit the dust at Eau Rouge.

With the Briton thankfully escaping serious injury, nine cars took to the track when the shoot-out resumed after a 40-minute red flag intervention. Fellow Briton Russell was poised to give Williams an astonishing first pole since 2001 with seconds of Q3 to go.But the young driver’s brilliant time was narrowly shaded by Verstappen in the Dutch driver’s final flying lap. Russell still had the satisfaction of placing in front of Hamilton, with Russell in contention alongside ValtteriBottas for the second Mercedes drive in 2022.

Q3 got off to a dramatic start when Norris came badly unstuck in the treacherous wet conditions. The Briton lost control of his McLaren, his car spinning multiple times from one side of the track to the other after the rear end hit the barriers at Eau Rouge.The only one of his four tyres intact was the front left.Sebastian Vettel, who had called for the Q3 session to be stopped a little while earlier, drove up in his Aston Martin to make sure the 21-year-old was okay. The German, a four-time former world champion, only drove on when he got a thumbs up. The medics then helped him gingerly out of his cockpit.The session was red-flagged as stewards hurried to clear the debris from the stricken McLaren off the track. Norris’ mechanics were set for a long night getting it roadworthy in time for Sunday’s race. A McLaren statement on Twitter reported: “Lando is currently undergoing checks at the trackside medical centre.”Norris, third in the drivers championship, had led qualifying through the first two sessions held as the rain beat down on the majestic but notoriously demanding Spa-Francorchamps circuit in the Ardennes Forest. He was in a great position to claim his first ever pole and end up at the front of Sunday’s grid, instead he ended up in the medical centre. After the lengthy stoppage the session got back underway with 8.59 minutes of Q1 left on the clock, and a trick up Russell’s sleeve.