Music is the only way to heal the world: Kailash Kher

* Kher tackled the pandemic in his own way 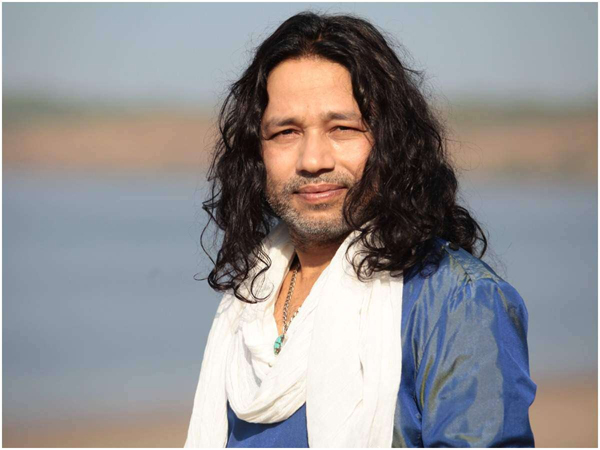 Decked in a black blazer atop a black shirt, trademark ponytail and earrings in place, Kailash Kher loves to break into a song while conversing.

This time was no different. Smiling, he shares how music is important in times of turmoil. His take is precise but significant. “There is the United Nations and so many of those human rights organisations all over the world. They talk so much about peace, but without any effect. They offer no solution. Music is the only way to heal the world. Music doesn’t talk much. It simply heals,” Kher says.

Kher tackled the pandemic in his own way. “It is a warning sent out by nature that once we go limitless with it, there’s no looking back. Nature will hit back at us in some form or the other,” he says. Kher and his musicians weren’t sitting still. They did what they do best: create music. “There were people who were going through limitless stress. We created music for them. The problem was there was no one to understand that we too went through a lot of stress during this time to create the music,” he shares.

There is a deep streak of spiritualism in him. He lives the life of a ‘sadhak’, who expresses himself through music. How has this spiritualism influenced his music? “Since childhood, I was surrounded by saints and tapasyis. I am self-schooled as I never had a chance to train under a guru. The only thing I possessed was my voice. I learnt music by listening to them. I was influenced by the music of Pandit Kumar Gandharv, Pandit Bhimsen Joshi, Nusrat Fateh Ali Khan and Lata Mangeshkar. Listening to them, I imbibed a strong sense of spiritualism. That is why all my songs are more or less spiritual. Today, even if I compose a romantic song, there will be spiritualism in it,” Kher says.

There is a deep streak of spiritualism in him. He lives the life of a ‘sadhak’, who expresses himself through music. How has this spiritualism influenced his music? ‘Since childhood, I was surrounded by saints and tapasyis’

His arrival in Kolkata to launch SNV Shoppee’s Durga Puja song “Nammo Durge” is also an extension of this spiritualism. “That is the reason why I decided to sing this song,” he says, quite frankly.

Spiritualism is a part of Kailash Kher’s daily life. “I meditate, chant many mantras. And as you must be knowing I am a sadhak of Mahadeva. For me, practice or sadhana is on 24×7,” he says. To him, God is all-encompassing and the last word.

“The breath I take is not controlled by me. Then who is controlling it? Of course, God. So, there are no two ways but to be a sadhak.”

Kolkata has always been special for him. “Kolkata is different. The moment one lands in Kolkata, there is a different feeling – that of art and creativity. I still consider it a centre of tradition, music, painting and sculpture.

It’s the hub of the arts. Every house in Kolkata still retains its connection with the arts in some form or the other,” he signs off.