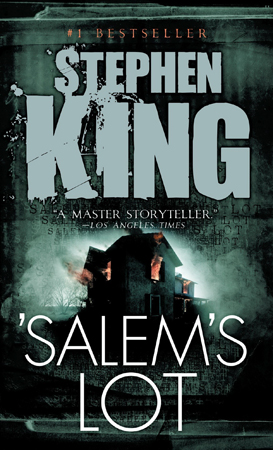 Actor Lewis Pullman will feature in the lead role in Salem’s Lot, the upcoming adaptation of Stephen King’s 1975 novel of the same title.

The project comes from New Line Cinema and has Gary Dauberman attached to it as the writer and director, according to The Hollywood Reporter.

Dauberman is no stranger to the world of King’s novels as he previously penned the Warner Bros’ It series, adapted from the author’s 1986 novel. In Salem’s Lot, Pullman, son of Hollywood veteran Bill Pullman, will star as author Ben Mears, a man who returns to his childhood home of Jerusalem’s Lot in search of inspiration for his next book.

He discovers that his hometown is being preyed upon by a vampire, leading him to band together a ragtag group that will fight the evil presence. James Wan will be producing the film with his Atomic Monster partners Michael Clear and Judson Scott.

Vertigo Entertainment’s Roy Lee and Mark are also backing the project. Michael Bederman, Judson Scott and Andrew Childs will serve as executive producers along with Dauberman.

Pullman made his feature acting debut opposite his father Bill Pullman in Western the Ballad of Lefty Brown in 2017. Since then, he has starred in movies such as Bad Times at the El Royale, The Strangers: Prey at Night and George Clooney’s mini-series, Catch-22.