Shahrbanoo Sadat says she was lucky to flee Afghanistan

* '(Suddenly) we saw Taliban cars with white flags ... and ... we're running,' Sadat said in an interview 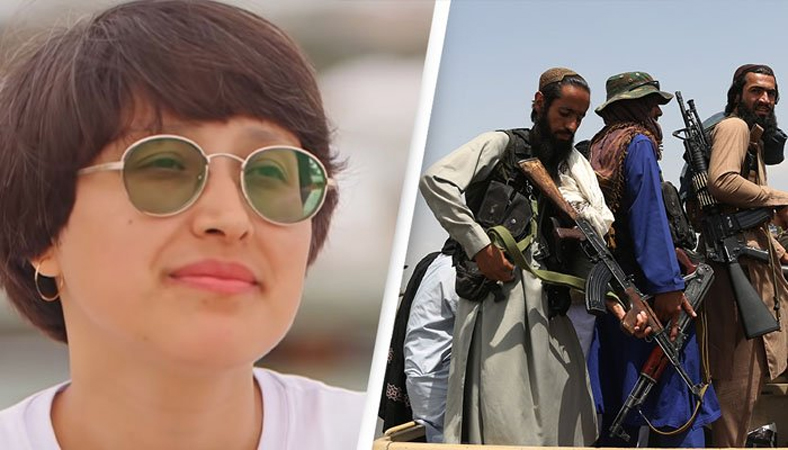 Hours before the Taliban took control of Kabul, filmmaker Shahrbanoo Sadat received an offer to leave Afghanistan. She declined, as it would mean leaving family members behind.

The next day she went to the bank.

“(Suddenly) we saw Taliban cars with white flags … and … we’re running,” Sadat told Reuters in an interview. “And that was for me like a moment of a movie that couldn’t be real because I was in the middle of Kabul.”

“I was lucky but this is not the situation for many people,” she said, referring to the crowds stranded at the airport. “They do not speak English, they are not a filmmaker, they don’t have any international friends and their life is in danger.”

Sadat said it took 72 hours from her leaving her apartment to reaching French troops at Kabul airport, where she spent a night at their compound before flying to Abu Dhabi.

She described chaotic scenes while queuing outside the airport.

“(The Taliban) wanted to (make people queue) which was impossible because the crowd was pushing from all directions and Taliban were walking with cables and with guns and with even with RPG,” she said.

“Children were crying and the old people were fainting … because it was so hot.”

Overwhelmed by the heat and slow pace, Sadat said she nearly gave up queuing but was encouraged to keep going by her sister.

Sadat said she saw men, including her father, singled out amid rumours of attacks.

Kabul airport has been thronged with Afghans trying to board evacuation flights following the Taliban’s takeover.

The Taliban has sought to assure the crowds at Kabul airport that they have nothing to fear and should go home.

Sadat, who was born in Iran and moved to Afghanistan in December 2001, was working on a romantic comedy before fleeing.

“I have all kind of mixed feelings … I don’t understand all this. Everything was so sudden and so quick,” Sadat, whose films depict ordinary life, said.

“I want to continue making films but perhaps my point of view is changed … The political thing displaced me so I cannot ignore it anymore because I am hurt by that.”