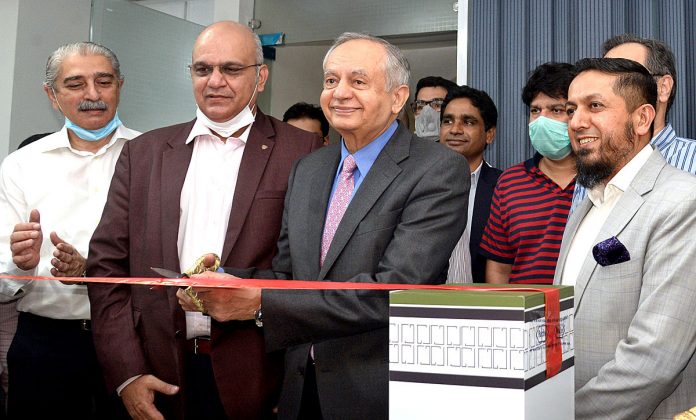 LAHORE: Adviser to Prime Minister on Commerce and Investment Abdul Razak Dawood said on Saturday that no one should be worried about Generalised Preferential System Plus (GSP-Plus) status by European Union (EU) as Pakistan had got two years extension in this status.

The adviser mentioned that a few days back, he had had a meeting with the prime minister and ‘we are trying to get another two years of GSP-Plus.’To a question, the PM’s adviser said that economic growth hinged on right and well-conceived trade and investment policies but, unfortunately, in the past, Pakistan’s economic culture was import-centric.

“Even though Vietnam and Bangladesh shoes exports surpassed Pakistan’s shoe exports, let me give you an example of mobile phones, which have a few years ago been totally imported from other countries but first Pakistan’s history,

We are now manufacturing and exporting mobile phones and last month, some 5,000 to 10,000 mobile phones exported from Pakistan and it could become possible only because of prudent and viable economic policies of the present government. We are also formulating the best policies for the shoe industry as well.’

About Afghanistan, the adviser said that everybody knew situation in Afghanistan and Pakistan was hopeful of early return of routine life there, however, it was a good omen that Pakistan’s trade with Afghanistan did not affect and trade consignments were still entering into Afghanistan through Torkham Border.

To a another question, he said that it was not the only Pakistan that was hit by inflation and price-hike but the entire world was facing this problem, he said and asserted that currently, commodity prices in the world had increased manifolds, as prices of cement, steel and oil etc, and containers’ charges and shipping costs were now very high.

Razak Dawood said the government was also focusing on development of the agriculture sector and taking various measures to have enhanced crops’ yield, citing that this year, by the grace of Allah Almighty, Pakistan reaped bomber crops.

Regarding fresh tranche of IMF (International Monetary Fund), he said that he had recently talked to Federal Finance Minister Shaukat Tareen and negotiations were underway with the Fund and this matter would be settled down by September end this year. 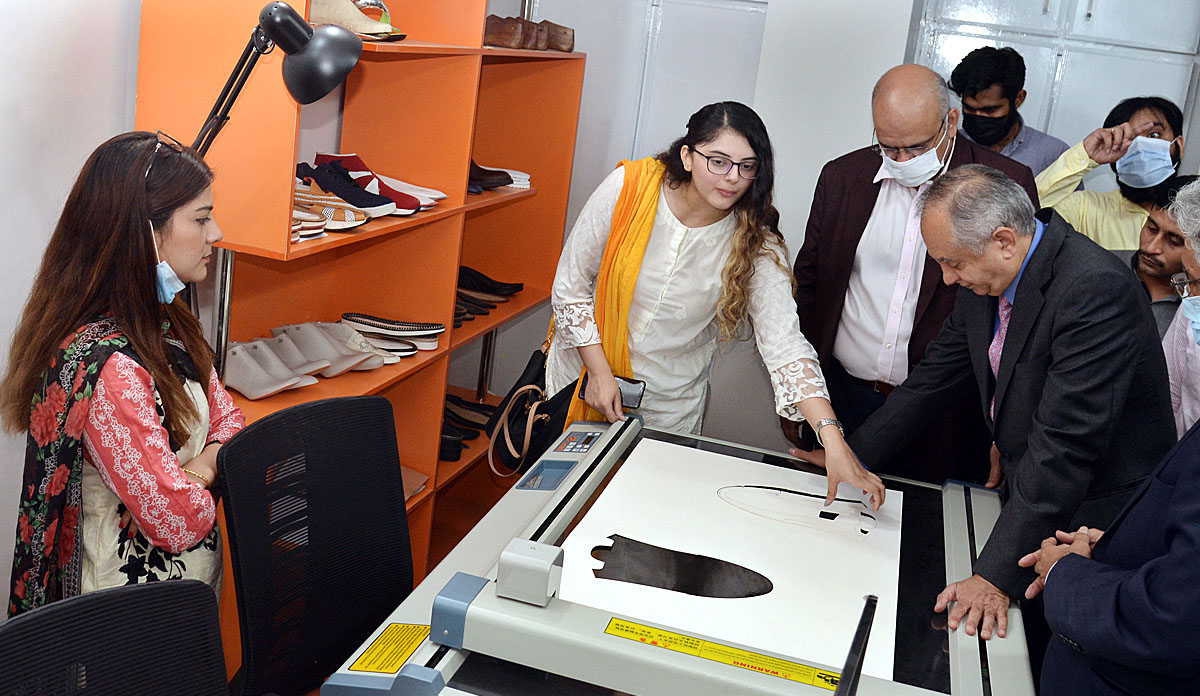 “I do appreciate the efforts of the Punjab government, PFMA and UNIDO for setting up Pakistan Footwear Designers Hub, as it will not only help enable our youth, both male and females, to gain new experiences in this field but also increase our exports and local shoes industrial production,” he said.

He mentioned that no proper attention had been paid to country’s shoe industry for the last 10 years but the present government focused this industry and provided relief to it by reducing duties and taxes which would further be reduced so that this potential industry could grow and expand.

He was of the view that local shoes designing would largely benefit the country’s SMEs (Small and Medium Enterprises) and this initiative would also decrease substantially the shoes import, assuring that Ministry of Commerce would extend full support to this sector.

He vowed that Pakistan would recapture the lost global shoes markets, adding that shoes production was catering to the local needs and the Pakistan’s shoes export would further increase in days to come.