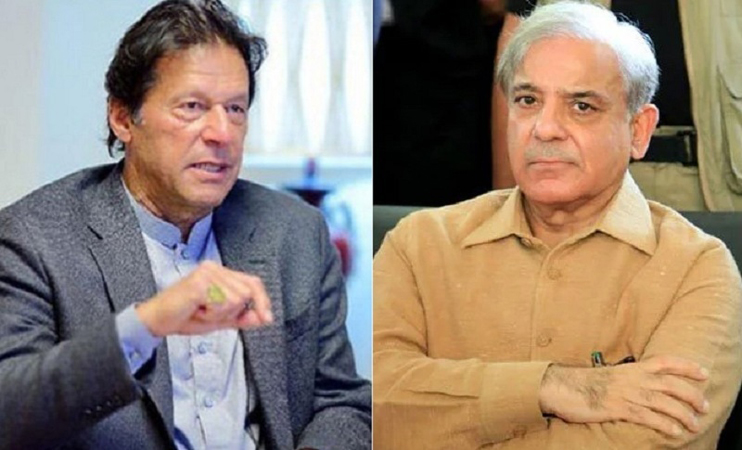 Minister for Information and Broadcasting Chaudhry Fawad Hussain Friday said Prime Minister Imran Khan has written a letter to Leader of Opposition in National Assembly Shehbaz Sharif in accordance with the articles 213 and 218 of the constitution for filling the vacant posts of members of the Election Commission of Pakistan.

In a tweet, Fawad said the prime minister has suggested three names each for Punjab and Khyber Pakhtunkhwa provinces. The Election Commission of Pakistan, he said, would be able to make appointments after the opposition’s response to the names suggested by the prime minister.

According to the letter, Prime Minister Imran has proposed the names of Ahsan Mahboob, ex-officer of the Police Service of Pakistan; Raja Amer Khan, advocate Supreme Court of Pakistan; and Dr Syed Pervaiz Abbas, a retired officer of the Pakistan Administrative Service (PAS), for the vacant post of the ECP member from Punjab.

For the appointment of the ECP member from KP, the prime minister has suggested the names of Justice (r) Ikramullah Khan; Faridullah Khan, ex-officer PAS; and Muzammil Khan, advocate Supreme Court of Pakistan.

Separately, Minister of Information and Broadcasting Chaudhry Fawad Hussain on Friday categorically remarked that Pakistan could not dictate Afghan Taliban, but only advise them on formulation of an inclusive government in the land-locked country. “Pakistan wants peace and stability in Afghanistan. Prime Minister Imran Khan, earlier in his speech in Bajaur, had advised former President Ashraf Ghani to formulate a government based on consensus instead of holding elections. And now we have the same advice for the Taliban,” he said in an interaction with the office bearers of Badin Press Club.

Fawad said Taliban sat on negotiation table with the United States due to Pakistan’s efforts, but unfortunately, former president Ashraf Ghani did not show any interest in negotiating with them. For boosting trade from Peshawar to Mazar-e-Sharif and Tashkent through trains and to reach Central Asian States via Afghanistan through trucks, peace and stability in the neighboring country is crucial, he said, while pointing out Pakistan’s desire to link China-Pakistan Economic Corridor (CPEC) with the European Union. Such steps, which would further boost economic activity in the region, could only become possible with stability in Afghanistan, he added.

About the proposed Pakistan Media Development Authority (PMDA), he ruled out possibility of compromising on the journalists’ rights and fake news. Other than this, the government would welcome any amendment in PMDA draft, he added. He said the working journalists should have the right to enforce their job contracts through media tribunals. An amount of Rs 700 million has been released to media groups in the last three and a half months but it was very unfortunate that some media houses were still not issuing salaries to their workers, he added. Fawad said the Sindh government has received a substantial share from the federation on the name of Badin and Ghotki’s gas royalty, while the Centre had also given an amount of Rs. 1900 billion to the province in previous years. Around 59 percent of total taxes collected by the federation from across the country were transferred to the provinces, he said adding, people of Badin should raise voice for their rights (royalty).