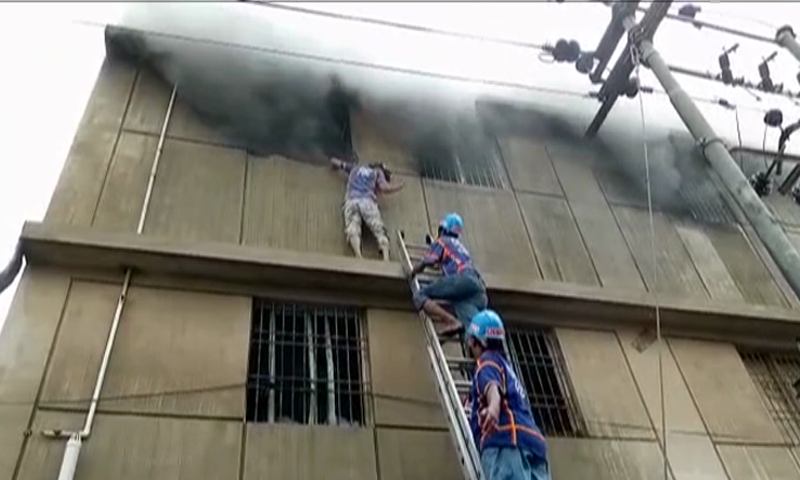 At least 17 workers died and more were missing after a factory fire in Karachi on Friday, police said.

More than 25 labourers were inside the small factory in a residential area of the port city when the blaze broke out, causing it to fill with thick smoke. “We have recovered 17 bodies so far,” senior police officer Shahjehan Khan told AFP. “We are trying to recover more stranded people but I fear they might not make it out,” Khan said, adding the factory had no proper fire exits. “The stairs leading to the roof were locked, otherwise the labourers could have survived by running to the rooftop,” Khan said.

Karachi city administrator Murtaza Wahab also said there was no safe exit for the workers. According to Deputy Commissioner Korangi Samiullah Odho, 17 bodies have been pulled out from the factory premises.

According to Chief Fire Officer Mubeen Ahmed, after the bodies were retrieved from inside the building and the area was “cleared”, fire fighters swept the area once more for the satisfaction of the affected families. Rescue officials said they had asked for heavy machinery to break the factory walls. According to eye witnesses, the fire brigade arrived late to douse the blaze but Sindh government spokesperson Murtaza Wahab denied these reports.