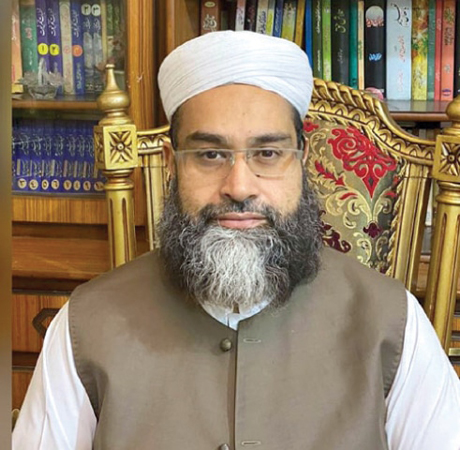 Special Representative to Prime Minister on Interfaith Harmony and Middle East Hafiz Tahir Mehmood Ashrafi Friday expressed his concerns over rising incidents of women abuse, rape and molestation, and urged ulema to play their role in educating people in the light of the Islamic teachings.

Talking to the media here at Grand Mosque Bahria Town, he said Islam is a religion of peace and tolerance and by following its teachings, society could be developed on peaceful footing. He said that Women Protection Day was observed in the country on the request of Pakistan Ulema Council and women rights were highlighted in Friday sermons in all mosques, he added. He strongly condemned blasts in Afghanistan’s capital Kabul and said that peace in the neighbouring country was very important for peace in the region. He also condemned terrorist attack from Afghanistan side at a check-post of the Pakistan Army in Lower Dir. The government would take all possible measures to maintain peace, law and order, asserting that there was an ideal atmosphere of inter-faith harmony in the country and people of all schools of thought were performing their religious obligations with complete freedom, he added.

To a question, he said that the federal government, led by Prime Minister Imran Khan, was taking all-out measures to check price-hike.