Reports about protests against BRI in Gwadar termed ‘fake’

Reports by The Guardian and some media outlets about protests against the China-proposed Belt and Road Initiative (BRI) in Gwadar, Pakistan, are untrue, and behind the fake news are some foreign media organizations’ deliberate smears of China-Pakistan cooperation, an investigation by the Global Times has found.

Refuting a report by The Guardian, Gwadar authorities said in a statement sent to the Global Times that the report is “full of misleading, malicious and misrepresented information.”

China Overseas Ports Holding Co (COPHC) Pakistan, the enterprise that operates the Gwadar Port, also refuted reports of the protests against Chinese trawlers in a reply to the Global Times on Thursday, saying the reports are “not true.”

Tahir Murtaza, a Pakistani reporter who has been following the situation in Gwadar, told the Global Times that the protests have been going on for a long time. The issues are about the lack of electricity and water but China is not related. However, some media outlets deliberately linked those protests with fishing by Chinese trawlers.

Gwadar’s electricity supply is not connected with the Pakistani electricity grid and relies on electricity imported from Iran, which has also faced a supply shortage recently, Murtaza said. “Pakistan has talked with Iran about providing extra energy to meet local demand but local people are demanding an uninterrupted supply of electricity. The same is the case with water,” he said, noting that “China is not the reason for the lack of electricity and water” there.

According to the statement by the Municipal Committee of Gwadar, Chinese companies have managed to supply 100,000 to 200,000 gallons of water to the local community with their own water plant.

The Guardian said that the protests are part of local people’s increasing “discontent with China’s presence in Gwadar,” and the newspaper even alleged the deadly attack on a bus carrying Chinese engineers and workers that killed nine Chinese nationals in July as a sign of Pakistani’s growing resentment against the BRI.

The Municipal Committee of Gwadar refuted the claims, saying that the people of Gwadar are “grateful for the assistance provided by the Chinese government and companies,” and China’s projects have boosted employment for the local community and would improve the infrastructure in the city.

Li Chao, a Chinese business insider in Pakistan, told the Global Times that most local Pakistanis he knows support the construction of the CPEC and believe that cooperation between the two countries is good for Pakistan.

There were shortages of electricity for six hours a day even in Islamabad in 2016, but with the energy projects under the CPEC coming into operation, electricity supply in the capital area has been relatively sufficient since 2017, he noted.

“Such improvements are real and are often highly recognized by many locals,” he said.

In addition to blaming China for electricity and water shortages, The Guardian also mentioned that five Chinese trawlers were “detained” in Pakistan on suspicion of illegal fishing not far from Gwadar Port, and that “Chinese trawlers illegally fishing in the nearby waters” was another factor behind local fishers and workers’ protests.

However, the Global Times reporters learned from the staff of COPHC Pakistan on Thursday that the so-called “detention” of the five Chinese trawlers is completely fake news.

According to a document from Xiamen Haixintian Pelagic Fishery the Global Times obtained, the company that owns the five trawlers, on May 27, the vessels were docked at Gwadar Port for shelter due to the Indian monsoon, and could not get home in time. The ships’ equipment was damaged and in need of repair.

With the coordination and help of the Chinese Embassy in Pakistan and the COPHC Pakistan, the vessels successfully left the waters of Gwadar Port for the high seas of the Indian Ocean on Wednesday, said the document.

The Gwadar Port, as the flagship project of the CPEC, has seen a huge transformation in recent years. Pakistan’s Prime Minister Imran Khan said during a visit to Gwadar Port on July 5 that Gwadar’s development has long been limited by the lack of electricity and water, but with the help from China, the port is making significant progresses. 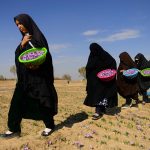 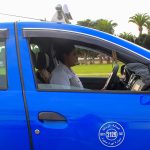 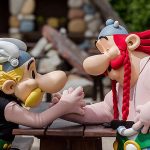 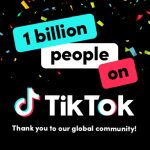