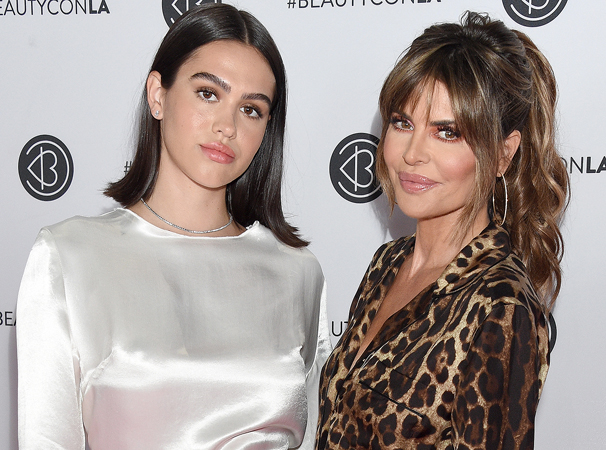 Lisa Rinna wants daughter Amelia Hamlin to know she lights up her world like nobody else.

On Wednesday, Aug. 26, The Real Housewives of Beverly Hills viewers watched as Lisa, 58, appeared to finally reveal some feelings she’d been harboring about Amelia’s relationship with Scott Disick.

During the episode, Lisa weighed in on daughter Delilah Hamlin’s romance with Love Island alum Eyal Booker. Clearly, Lisa and husband Harry Hamlin’s impression of the pair’s bond continues to improve, following the duo marking their two-year anniversary in May.

“Harry’s made it quite clear that he would not object if Delilah and Eyal got married, which is pretty shocking, but that says a lot,” Lisa told the camera. She then added, “I can’t say the same for Amelia at this point now.” Ouch.

This led Lisa to ramp up her commentary about Amelia, 20, and the 38-year-old Keeping Up With the Kardashians alum, who were first spotted together at Kendall Jenner’s Halloween party last year.

“Like, why can’t it be Harry Styles?” Lisa exasperatedly asked the camera. “Why the f*** is it Scott Disick?”

This appears to be the most candid we’ve heard the Melrose Place star get about Amelia’s relationship with the reality star who is 18 years her senior. Earlier this month, Lisa definitely seemed to couch her feelings when she responded to Andy Cohen’s question about what she thinks of the pair.

“Listen, I will say this,” Lisa carefully replied at the time. “Amelia’s very happy right now. And you really want your kids to be happy. So Harry and I are very thrilled that she is happy.”

In November, a source close to their family exclusively told E! News that Lisa and her husband were getting used to the idea of their youngest daughter dating the entrepreneur but believed “this is just a phase.”