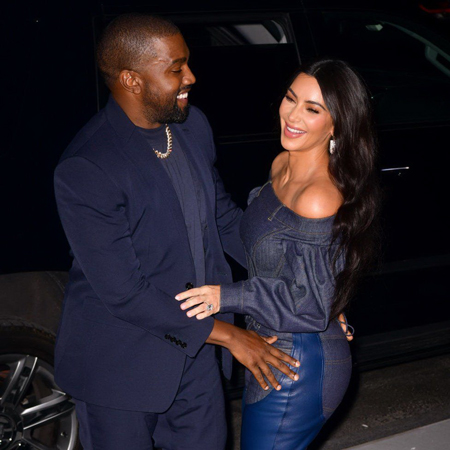 Kim Kardashian has four little reasons to keep up with Kanye West’s moniker. Despite the recent news of her ex Kanye, 44, filing to change his name, a source close to the Keeping Up with the Kardashians star tells E! News that Kim, 40, has no plans on dropping her married name. It’s been a little over six months since Kim announced their split, and for the SKIMS founder-who shares kiddos North, 8, Saint, 5, Chicago, 3, and Psalm, 2, with the “Runaway” rapper-it’s important that she and her children share the same name, according to the insider.

“Because West is the kids’ last name, she plans to keep it too,” the source tells E! News. “It makes it easier and not confusing for them,” Reiterating Kim and Kanye’s lifelong bond, the insider added, “They are always going to be a family and family unit. She feels like it’s in the kids’ best interest to all have the same last name.”

And support between the two stars go far beyond the name game. In addition to maintaining a “healthy” co-parenting relationship, as a previous source put it, the former couple has also been spotted grabbing lunch together.

Kim even showed support of Kanye by attending both listening events for his upcoming studio album, Donda.

“Kim has been supporting Kanye and they are getting along,” the source explained of their growing friendship. As for where things ultimately stand between the pair now, the insider added that “things are a lot less tense than they have been in a while.”

In fact, the two are finally on the same page after their split, the source close to the mom of four noted: “They have found a good groove and peaceful way to be in each other’s lives.”