I’ve given two megastars to the industry: Farah Khan 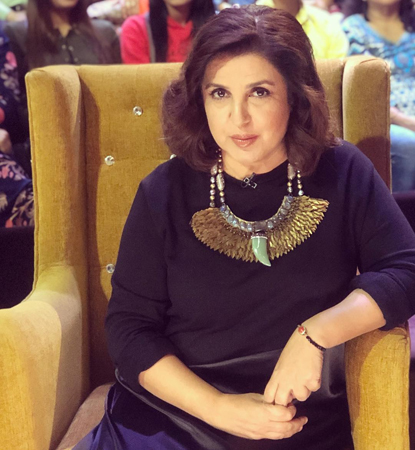 Renowned Bollywood director Farah Khan spoke about how she brought two of the biggest megastars in the entertainment industry in the latest episode of Zee Comedy Show.

She was referring to Deepika Padukone and Rakhi Sawant when she said this.

In that particular episode, entertainment queen Rakhi Sawant had appeared as a guest and thanked Farah Khan, one of the judges on the show, for giving her a golden opportunity in Bollywood.

In fact, she said that she owed her career to Farah’s phone call for the part in the multi starrer Main Hoon Na.

Farah, who was humbled by this statement, said “I have given two megastars to the industry, one is Deepika Padukone, and the other is Rakhi Sawant. Both of them are great actors, but I have to say that Rakhi was the most punctual, hard-working, well-behaved, and respectful girl on the sets of Main Hoon Na and I love her for that.”

On the show, Rakhi Sawant had opened up on bagging the role of Mini in Farah Khan’s first directorial Main Hood Na in a star-studded cast.

According to SpotboyE, she revealed “I used to give my best and to look slim and fit, I used to have only one bowl of dal every day. However, things weren’t looking so great. But one fine day, I got a call from Farah Khan madam’s office, and they called me for an audition at Shah Rukh Khan’s Red Chillies’ Office and things changed from there. As soon as I kept the phone, I lost consciousness. My mother gave me another bowl of dal and that’s when I got into my senses and started preparing for my audition.”