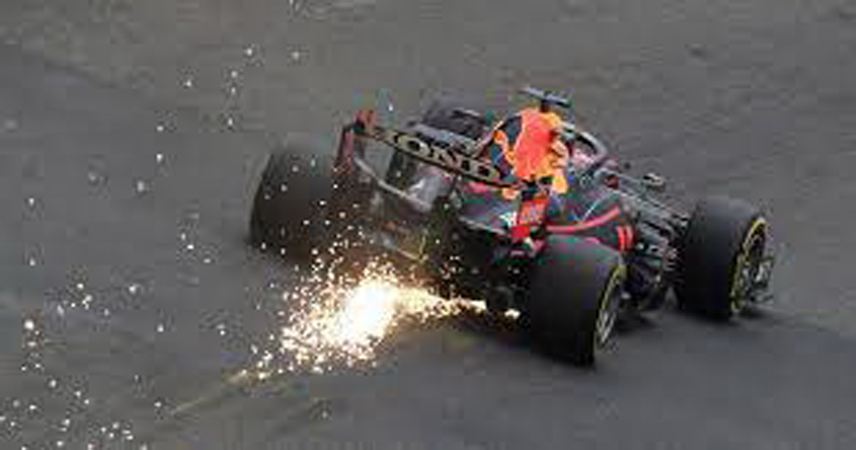 SPA-FRANCORCHAMPS: Max Verstappen clocked the fastest lap to head both Mercedes and then crashed in his Red Bull in Friday’s incident-packed second free practice session for the Belgian Grand Prix.The Dutchman had set a best lap in one minute and 44.472 seconds to outpace ValtteriBottas by 0.041 seconds and championship leader and seven-time champion Lewis Hamilton by 0.072 seconds before he ended the session after hitting the barriers at Malmedy.”I don’t know, I just lost the rear,” he said after returning to the paddock. “I had a bit too much oversteer to correct and, unfortunately, I hit the wall.”The crash left Red Bull with a major repair job on his car on Friday evening and will have dented his confidence ahead of what may be a critical race in capricious conditions on Sunday.

Verstappen brushed the incident aside and said he had been satisfied with his performance.”It was good, I think, the whole day and we were quite happy. Of course, (there were) a few things to fine-tune from FP1 to FP2, but overall we’re very happy. So I think definitely a very positive start.”He added that he was concerned about the forecast for heavy rain.”It’s difficult to say how it will be in the wet, but it will be interesting!”

Verstappen’s crash was his third in successive Formula One weekends after accidents at Silverstone and Budapest and may affect his confidence after seeing the championship swing back in Hamilton’s favour.His crash was the second to prompt a red-flag stoppage and came only minutes after Ferrari’s Charles Leclerc had gone off at Les Combes in challenging drying conditions at the sprawling circuit in the Ardennes.The two accidents brought a premature end to the session on a day of intermittent rainstorms.

Hamilton, who leads the championship by eight points ahead of Verstappen, struggled in the morning session, but recovered in the afternoon.Fernando Alonso was fourth for Alpine, ahead of Pierre Gasly of Alpha Tauri, Lance Stroll of Aston Martin and Esteban Ocon in the second Alpine.Four-time champion Sebastian Vettel was eighth in the second Aston Martin ahead of Lando Norris of McLaren and Sergio Perez, who was re-signed by Red Bull for 2021 earlier in the day, taking 10th.