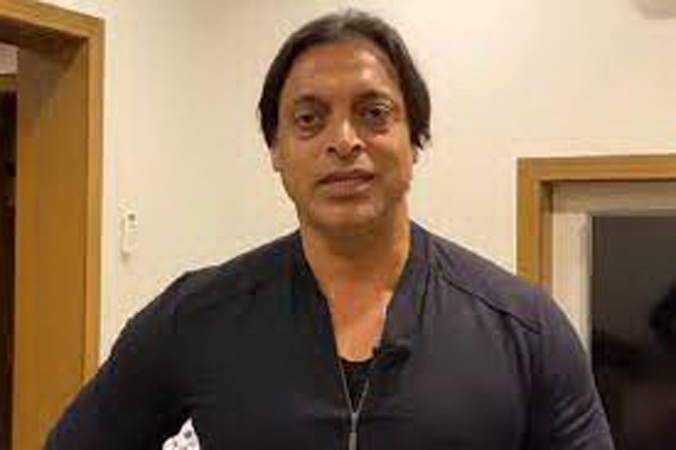 ISLAMABAD: Former fast bowler Shoaib Akhtar said Friday that in his opinion, Ramiz Raja as the Pakistan Cricket Board (PCB) chief will not “spare” the board’s current management. Speaking to media, the Rawalpindi Express shared his thoughts on whether Ramiz will do well as the PCB chairman or not. “A lot of people think that since Ramiz himself wasn’t such a strong cricketer himself, he wouldn’t be able to reform Pakistan cricket,” said Shoaib. “However, I do not share this opinion.” Shoaib said that Ramiz will be successful in introducing aggression among Pakistani cricketers and ensure they play attacking cricket. Back in the ’90s, we used to play with aggression,” said Akhar, recalling the days of cricket when Pakistan used to dominate. “He has been a part of the team during those days, he knows all about it. Our batting line-up was full of aggressive players,” he added.Shoaib said that the Pakistan cricket team of yesteryears included a host of stars and match-winners, something which was missing from the team today. “Pakistan has found talented bowlers but in patches,” he said. “Fine, we do have Hassan Ali, ShahnawazDahani and ShaheenAfridi. But we are missing that X factor,” he stressed.

When asked what Ramiz can do different and how can he reform Pakistani cricket, the ex-cricketer said Ramiz would have to bring in a new selection committee. He added that in his opinion Ramizwould be able to run the PCB like a corporation.”I don’t think he will spare the incumbent management,” said Shoaib. “He will make aggressive changes. He has been brought on board by Prime Minister Imran Khan to make aggressive changes.” When asked what type of role Shoaib would want under the new management, the Rawalpindi Express said he wasn’t seeking one at the moment. “Neither do I want it at the moment nor have I thought about it,” he said. “I just want Pakistan cricket to improve, for that flair to return to the Pakistan side. I want the PCB to become an economically viable institution once again and the very average people who are part of the board are scrutinised,” he added.Shoaib said he would wait and see how Ramiz reforms club cricket in Pakistan and organises tournaments to promote local talent.