Pakistan willing to work with Iran in all spheres: FM Qureshi 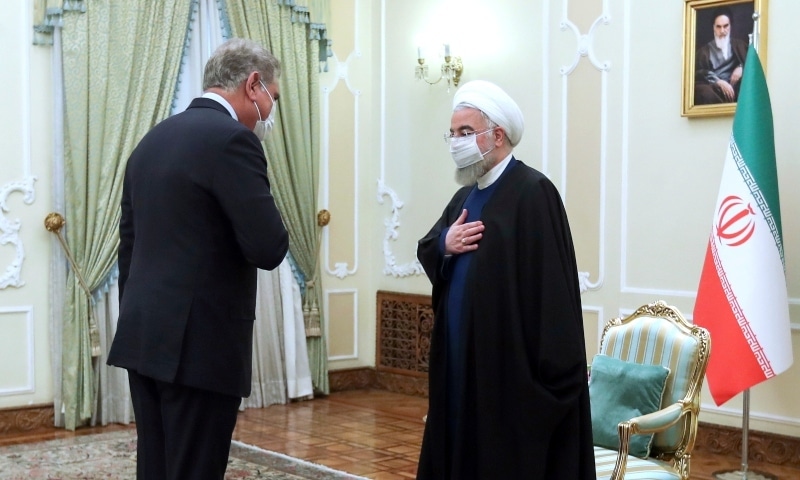 According to a statement issued, Qureshi briefed President Raisi on the ongoing situation in Afghanistan and informed him of Pakistan’s vision and underlined a coordinated approach. During his meeting, the minister conveyed heartfelt compliments to President Raisi from the Pakistani leadership over his victory in the presidential election and over him receiving the Parliament’s endorsement on the Cabinet.

Moreover, he said, “It is important for the neighbours of Afghanistan for continued consultations on the way forward as peace in Afghanistan would lead to economic and political benefits for the region.” Qureshi thanked President Raisi for Iran’s continuous support on the Kashmir issue, especially from the country’s supreme leaders.

Embracing the foreign minister, President Raisi recalled excellent bilateral ties between the two countries. He admired Qureshi’s visit for strengthening the regional approach in the wake of the situation in Afghanistan and expressed hope that Afghanistan would achieve peace and stability.

The meeting was part of the foreign minister’s two-day visit to four countries Tajikistan, Uzbekistan, Turkmenistan and Iran to promote a coordinated regional approach to the evolving situation in Afghanistan. Foreign Minister Qureshi extended the invitation, on behalf of Prime Minister Imran Khan to President Raisi, urging him to visit Pakistan. President Raisi accepted the invitation.

Qureshi was ascorted by Special Representative for Afghanistan, Ambassador Muhammad Sadiq, Pakistan’s Ambassador to Tehran, Rahim Hayat Qureshi and senior officials from the Ministry of Foreign Affairs, the statement added

According to the foreign office, the four-nation tour of the Pakistani minister is being considered important amid the tense situation in the war-torn country and the ongoing talks to form an inclusive government in Afghanistan after the dismissal of the Ashraf Ghani government.