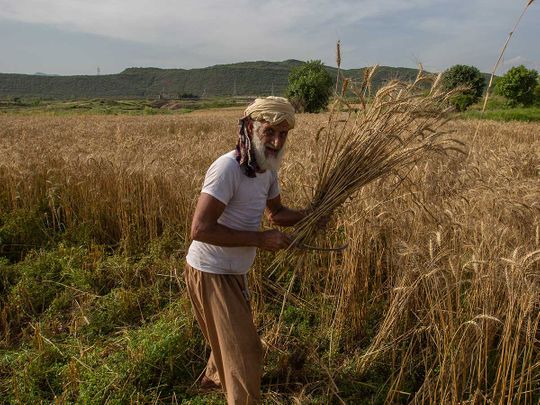 Due to special emphasis paid by the incumbent government on the agriculture sector, the output of all major crops witnessed gradual and significant increase during the first three years of its tenure, besides introducing measures to promote imports substitutes.

Export facilitation measures helped in restoration of export of citrus and guava to UK and Norway in compliance with their SPS requirements which were suspended since 2014, according the “Three years performance report 2018-21”, launched by the government on Thursday.

In order to enhance the local exports of fruits and vegetables, the government had also established hot water treatment facilities for mango and resultant increase in export of mango, besides record export volume of onion in 2020, which was registered at 24,5031metric tons. Meanwhile, rice exports increased by 11pc during 2018-2020 and during the period under review record increase in production of major crops like wheat increased by 8.1pc as total wheat production reached to 27.293 million tons as against 25.249 million tons in the same period of the previous year.

During the period under review, the sugarcane production in the country increased by 22pc and total production was registered at 81.009 million tons as against 66.380 million tons in the previous year.

During its first three years, the government introduced policy initiatives including subsidies for Rabi and Kharif crops to the tune of Rs6 billion for fertilisers, seeds and pesticides, besides markup subsidy worth Rs4 billion at 10pc for all farmers holding 12.5 acre land through Zarai Taraqiati Bank Limited. The government also ensured food security in the country during COVID-19 pandemic and maintained strategic wheat reserves through timely procurement and import, besides ensuring certified seed availability of wheat and cotton crops to the growers. The Locust Emergency and Food Security Project (LEAFS) worth $200 million has been approved and signed by the government and is being made operational for institutional strengthening of the Department of Plant Protection. On the other hand, the government had also concentrated on reducing the huge reliance on imported edible oil, which was consuming billions of dollars every year and in three years undertaken several initiatives for the promotion of olive cultivation on commercial scale in Pakistan.

Other initiatives included the cultivation of olives on more than 1,000 acres across the country and installed drip Irrigation system on 1,639 acres as water saving technology to conserve swiftly depleting important natural resources for bringing more area under high-value crop production.

The government has also established five weather stations and three value addition labs for the promotion of the agriculture sector.