Zimbabwe’s Sean Williams to step away from international cricket 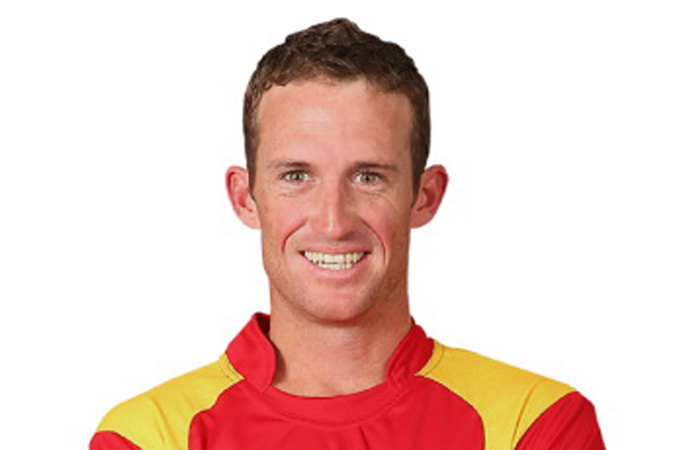 HARARE : Sean Williams has informed the Zimbabwe team management of his intention to step away from international cricket after the team’s current tour of Ireland, but he remains open to the possibility of playing white-ball cricket for the country in the future.Williams, the Zimbabwe Test captain right now, is with the national team in Ireland, but had earlier requested the selectors to not consider him for the five T20Is in Ireland, starting Friday, or the T20Is in Scotland next month. But he is available for the three ODIs against Ireland, which will come after the T20Is. ESPNcricinfo understands that he has cited biobubble fatigue and uncertainty over his future as a cricketer as the main reasons for his decision. Williams arrived in Ireland on Wednesday, six days after the rest of the squad, after requesting a mental-health break from the T20I series, and told the team management of his decision while in isolation.

Before his arrival, Zimbabwe Cricket had to announce a fifth captain since the start of 2020 for the tour. Craig Ervine will lead the side in Ireland and Scotland following on from ChamuChibhabha, Brendan Taylor, SikandarRaza and Williams over the last few series.Williams was not unhappy to not be given leadership duties on this tour, he had several other gripes with the way Zimbabwe cricket is being run and their string of poor results. Under coach Lalchand Rajput, Zimbabwe have only won four ODIs in three years, all against the UAE, and there are serious concerns among senior players that they will not qualify for the 2023 50-over World Cup – Zimbabwe are currently at the bottom of the World Cup Super League points table.

Williams, 34, is a veteran of the Zimbabwe team, having made his international debut in 2005, when he turned out in an ODI against South Africa in Johannesburg. Overall, he has played 14 Tests, 136 ODIs and 47 T20Is. Primarily a middle-order batter, the left-handed Williams has 1034 runs in Tests, at an average of 41.36, with four centuries and three half-centuries, as well as 3958 ODI runs at 35.02, with four hundreds and 32 fifties. He also 945 runs in T20Is, at an average of 22.50 and strike rate of 128.39, with six fifties. To go with those numbers, he has picked up 21 wickets in Tests, 72 in ODIs, and 32 in T20Is with his left-arm spin.He led Zimbabwe for the first time during a triangular T20I series in Singapore, with Nepal as the third team, in September-October 2019, but has been the team’s captain in a more regular capacity since 2020. His performance with the bat, especially, has been noteworthy since he was given the reins of the Test team: three of his four Test centuries have come in four Tests as captain, including his best of 151 not out in what could turn out to be his last Test, and he has an average of 96.20 in those games.