Fawad hopes PTI will form govt after 2023 elections too 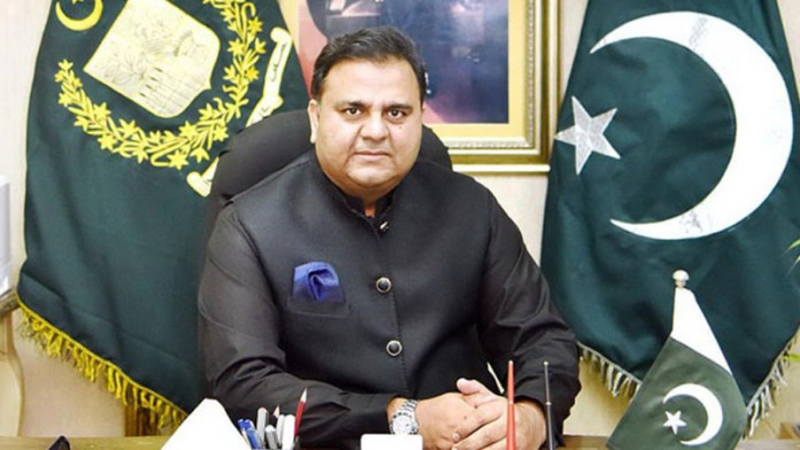 Minister for Information and Broadcasting Chaudhry Fawad Hussain on Thursday said it was the Pakistan Tehreek-e-Insaf (PTI) government which had set the tradition of sharing yearly performance report with public.

Before the PTI, there was no culture of sharing the government and its departments’ performance with public continuously. Those who had had ruled for thirty years in the country were hiding their faces right now, Fawad Hussain told the Pakistan Television (PTV) here. “The PTI is the only government which brings its performance before the public. Before that, no other political party had dared to appear before the public so that it could tell as to what extent the promises made with people were fulfilled,” the minister maintained.

Lashing out at the opposition alliance-Pakistan Democratic Movement (PDM) which was misleading the public through fake claims, he said they told the people that wheat flour was being sold at exorbitant prices, but at the same time hide the fact that the prices of wheat had also gone up from Rs 1,200 [per 40 Kilogram] to Rs 1,800 which directly benefited the farmers. He said they should tell the public that the prices of sugarcane had also increased by Rs 135 [per 40kg] to Rs 300 which also provided direct benefit to the farmers. They had never mention the additional income of Rs 1,100 billion generated by the farmers through the numerous steps taken by the government for agriculture sector to whom around 60 per cent of population was associated. The inflation became irrelevant with such a surge in income of people, he added. About socio-economic uplift of citizens, he said the government started Ehsaas Programme for marginalized segments of society, besides bringing innovations in many departments, including science and technology. Fawad said it was the PTI government which had made environment a subject for public discussion. Before that, nobody bother to hold a debate over the topic. He said the world was acknowledging the steps taken by Prime Minister Imran Khan for tackling the climate change in Pakistan.

The minister said it was the first time in history of Pakistan that the country’s foreign policy was based on self-respect which could be gauged from Prime Minister’s Imran Khan straight away reply of ‘Absolutely Not’ to a question asked by an English anchor about Pakistan’s alleged plan of giving bases to US in the country. The whole world was recognizing Pakistan’s role in Afghanistan, he said, adding Prime Minister Imran Khan brought the country back at international horizon, besides playing major role in united Muslim Ummah and internationalizing the Kashmir issue. He said the PTI government would complete its five-year constitutional term, expressing confidence that it would remain in the power for the next five years.

On the occasion, Minister of State for Information and Broadcasting Farrukh Habib said when Prime Minister Imran Khan came into the power, there were multiple challenges stemming from fragile economy to weak state institutions. He said on completion of its five year term in 2018, the PML-N left the country with foreign exchange reserves of only 15 days. It left the country with $9 billion reserves and the historic current account deficit of $19 billion, he added.

Farrukh said in comparison with 2018, Pakistan now had the highest foreign exchange reserves of $20 billion.

He said the textile industry came to a grinding halt in Faisalabad, while power looms were being sold in scrap yards against Rs 40 kilogram (kg). The state minister said despite the COVID-19’s fallouts, exports were recorded at the highest level with $25.4 billion of goods and if services sector’s added, it would cross $31 billion mark. Textiles and IT exports were also showing phenomenal growth, he added.

Remittances, which remained at upto $20 billion during the PML-N tenure, now reached to $29 billion, he noted and remarked that the foreign remittances surged remarkably due to the confidence posed by the overseas Pakistanis in Prime Minister Imran Khan’s leadership. He said the current account deficit which left by PML-N at $19 billion was now at its lowest level. It also remained surplus for some time during the present government’s tenure, he added.

The minister said the PML-N leaders did criminal negligence by installing 45 per cent of those power projects that had to be run on imported fuels. By 2023, Rs 1,500 billion would have to be paid in capacity payments. He said the present government was taking steps to build major water reservoirs in the country to enhance storage capacity and reliance on hydel power. Farrukh said work on several water projects including Diamer Bhasha Dam, Dasu hydropower, Mohmand Dam, Sindh Barrage, Huripur power project, Kachhi Canal, K-IV water supply, Kurram Tangi and Nai Gaj dams was in full swing.