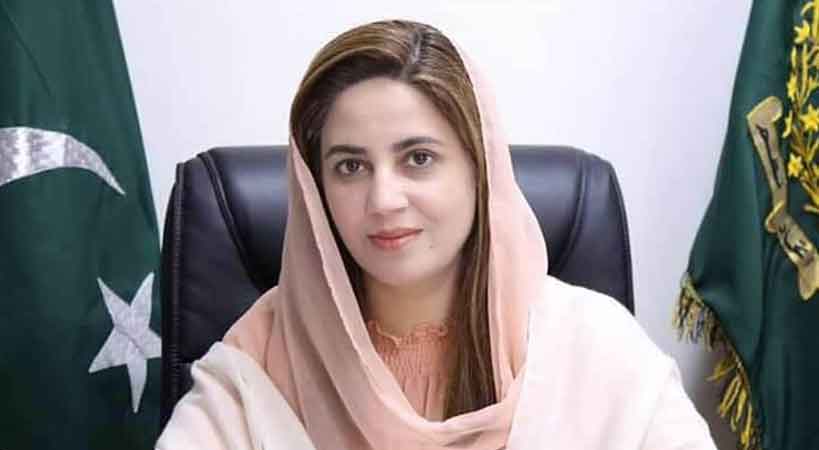 FAISALABAD: Minister of State for Climate Change Zartaj Gul Thursday said that the ’10 Billion Tree Tsunami’ plantation project is continuing successfully across the country and it is being acknowledged at international forums.

She was addressing the inaugural ceremony of Miyawaki Forest at Bagh-e-Jinnah here. Parks & Horticulture Director-General Asma Ejaz Cheema, officers and a large number of staff were also present. The minister said that the government had taken a number of initiatives for the provision of a clean and green environment to future generations.

She said that environmental issues had increased in urban areas especially in big cities and the situation could only be improved through maximum plantation at parks, green belts and all other available places. She said that the credit of the 10 billion Tsunami program, urban plantation and Miyawaki forestation visions goes to Prime Minister Imran Khan.

The minister said that environmental pollution had been increasing in the cities especially in the industrial city Faisalabad due to heavy industry and waste exhausted from factories adding that Miyawaki forestation is the best solution to provide clean and green environment to citizens.

The minister said that the government was working on health, education and law & order situation despite other challenges including COVID-19.

Zartaj said that Prime Minister Imran Khan stands among 5 best leaders in the world who talked to tackle or address the climate issues. She said that Pakistan was the 5th biggest country which has a climate threat but we would be able to tackle this situation.

She said that the PTI government had rehabilitated 80,000 power looms units including 50,000 old looms, resulting in hundreds of jobs being created.

Later, she planted a sapling in Bagh-e-Jinnah. She also visited a children library set up in the garden.