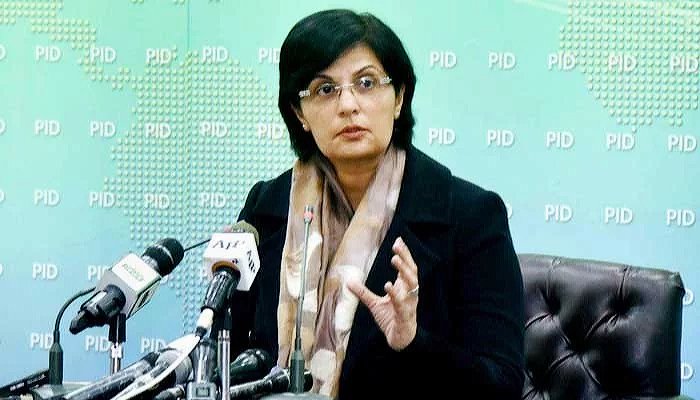 ISLAMABAD: Special Assistant to the Prime Minister on Poverty Alleviation and Social Protection, Senator Dr. Sania Nishtar Thursday said that the budgetary allocations for social protection has been doubled as compared to any past government’s budget and 100% budget utilized over the last three years.

In her statement on the completion of three years of government and Ehsaas, the SAPM said the first-ever National Ehsaas survey has been completed to identify the socio-economic status of households after lagging 10 years, despite the COVID-19 pandemic.

Around 15 million families (100 million people) have been supported during the COVID-19 (half of the country’s population) under the Ehsaas Emergency Cash which was the third-largest program globally and the fastest the world over (World Bank).
A total of 12 million families would get cash grants this year, 30 percent of the country’s population under this initiative, she said.

Dr. Sania conveyed that children in all classes, in every district, of all Ehsaas eligible families are eligible for Ehsaas education stipends.

A total of 50 Ehsaas Nashonuma centers have been opened to address stunting and the program is being upscaled nationwide. Under the largest scholarship program ever run in the country, 142,000 Ehsaas undergraduate scholarships granted in two years.
One Window Ehsaas was being upscaled nationwide while 20 other Ehsaas programs were also running, including Ehsaas Langars, Ehsaas Panagahs, and Ehsaas Koye Bhooka Na Soye.

Phase 1 of “Ehsaas Building and Rebuilding Institutions Initiatives” was complete, the deepest reform ever carried out in the history of the country.

Ehsaas regarded by the World Bank as a program from which other countries can learn. Ehsaas has shifted the governance paradigm in the country from, as stated by Sir Michael Barber, “Shift from politics of patronage to politics of performance”.