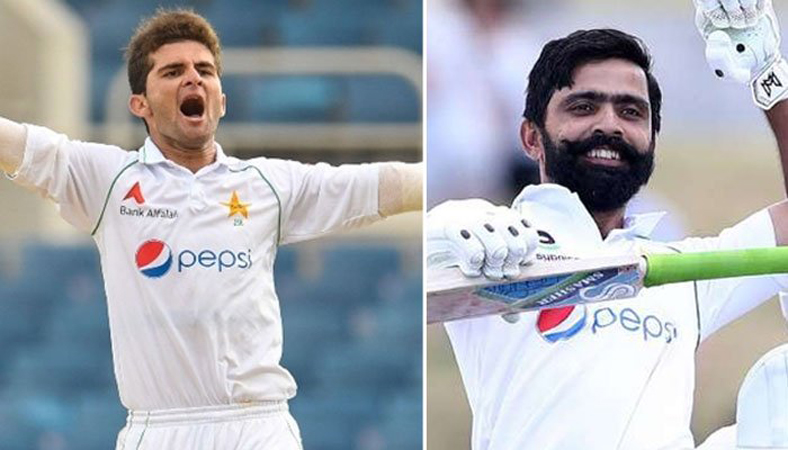 LAHORE: The duo of Shaheen Afridi and Fawad Alam have attained career-best positions in the latest ICC Rankings for Bowlers and Batters, respectively after Pakistan’s 109-run win against West Indies in the second Test. Afridi’s match haul of 10 for 94 —- his first ten-for — helped him shoot up ten spots to No. 8, whereas Alam’s 124 in the first innings took him up 34 places to the 21st position. Alam’s previous best in the rankings was 47th in May earlier this year and Afridi’s best was 18th, which he had reached at the end of the first Test, when he picked up 8 for 109.

Afridi, the highest-ranked Pakistan bowler in the rankings, was named both player of the match and player of the series, which ended 1-1. Shaheen had started the Test on 699 points and finished the Caribbean with 783 points, thus, gaining 84 points from the second Test. Fawad began the second Test on 512 points and returned home on 640 points.

Pakistan captain Babar Azam and wicketkeeper-batter Mohammad Rizwan also moved up. Babar gained one position to reach seventh after scoring 75 and 33, and Rizwan re-entered the top 20 at the 19th spot after scores of 31 and 10 not out. Left-arm spinner Nauman Ali, who replaced Yasir Shah for the second Test, gained four places to reach the 44th spot after his three-wicket haul in the second innings. Other Pakistan players in the latest ICC Test Player Rankings include Hasan Ali (17th), Mohammad Abbas (18th), Azhar Ali (22nd), Abid Ali (48th) and Imran Butt (133rd). For West Indies, Jason Holder went up six places to 37th position among batters and fast bowler Jayden Seales, who took 11 wickets in the series, advanced four slots to 54th among bowlers. Pakistan’s next Test series is against Bangladesh after the ICC Men’s T20 World Cup.