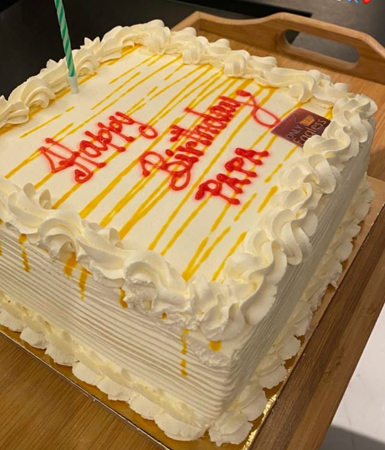 Global star Priyanka Chopra, who is currently shooting for a project in London, marked the 71st birth anniversary of her late father Ashok Chopra with a special cake.

The ‘Fashion’ star took to her Instagram story to commemorate the 71st birth anniversary of her late father on Tuesday. The snap features a cake, on which “Happy birthday Papa” could be seen written.

Priyanka also tagged her mother Dr Madhu Chopra and brother Siddharth Chopra in the IG story. On a related note, marking the birth anniversary of her late husband, Dr Madhu also dug out a priceless picture from their family album on her Instagram handle.

Sharing the picture, she wrote, “Another Birthday!”

Sharing the picture, she wrote, ‘Another Birthday!’

Priyanka had lost her father after his long battle with cancer in 2013. The actor, who is very close to her father, had got her wrist inked with a tattoo that says ‘Daddy’s Lil girl’.

Meanwhile, on the work front, Priyanka has been shooting in London for her upcoming show ‘Citdel’, which is a spy-thriller directed by The Russo Brothers. It stars Priyanka and ‘Game of Thrones’ fame actor Richard Madden in lead roles.

Priyanka will next be seen in ‘Text for You’ which also features Celine Dion and Sam Heughan in the lead roles. Apart from that, she will also be seen in ‘Matrix 4’ and the recently announced Bollywood film ‘Jee Le Zaraa’, which will mark actor-filmmaker Farhan Akhtar’s return as a director.