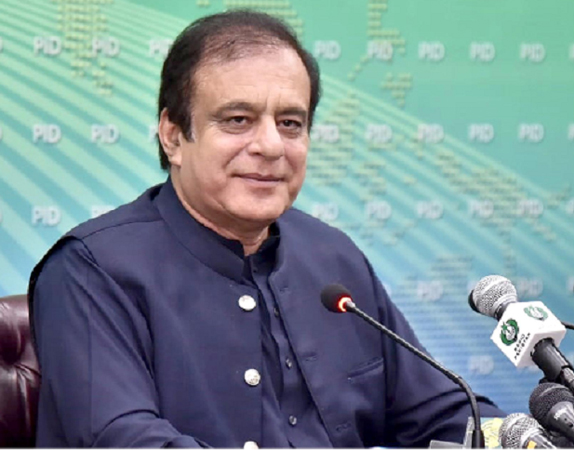 Federal Minister for Science and Technology, Senator Syed Shibli Faraz Wednesday said that the locally manufactured electronic voting machine (EVM) by Pakistan was better than that of India.

Talking to media here, Shibli Faraz said that the awareness campaigns will be run to educate the voters about the effectiveness and usage of Electronic Voting Machine (EVM) in the election while trainings of the relevant staff will also be conducted.

The federal minister said that the EVM will be unveiled at provincial assemblies, universities, Chamber of Commerce and Bar Council. “We will go to all the relevant stakeholders,” he added.

“Opposition will also be invited to inspect the EVM but there is no cure of their opposition for the sake of opposition”, he observed.

The federal minister stated that around three percent of the registered voters’ votes are rejected in the election process in the manual system while the role of the staff is also not enviable.

However, he said, the technology has given way to minimal human intervention and EVM will prove as effective tool to address all the reservations related to election process.

The minister said that the EVM has been manufactured according to the standards and requirements provided by the Election Commission of Pakistan (ECP).

“EVM has been made keeping in view the security aspects. It has three units and it cannot be hacked due to lack of internet connection and blue tooth facility. Each and every button of the machine has single function”, he said.

Shibli Faraz said that all the queries raised by ECP regarding EVM were responded as per their satisfaction. The ECP had given a list of about 58 requirements all of which were fulfilled. “If the ECP would ask for any more changes, that will also be incorporated”, he added.

The minister emphasized that “We have to use technology in the general elections for restoring the confidence of the people over the electoral process and ensuring fairness”. The minister observed elections in our country are marred by controversy and the use of money and bullying in elections has become a culture

The Prime Minister Imran Khan had given the first task to the Ministry of Science and Technology to work on manufacturing of EVM for ensuring transparency in the results. The voting machine has been designed for all population, he added.