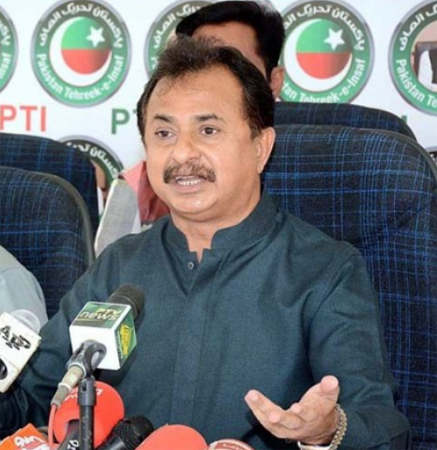 Leader of the Opposition in Sindh Assembly Haleem Adil Sheikh on Wednesday deplored PPP government for completely neglecting Karachi during their 13-year-long rule in Sindh and said that revenue was not spent on the city that contributes in duties and taxes.

Haleem Adil Sheikh, in a statement issued here, said that those who infected their stronghold Larkana with AIDS were now transmitting the deadly disease to Karachi that was already suffering due to their policies of corruption and wealth accumulation.

The leader of the opposition lamented Bilawal’s government for pushing Karachi into the ten worst cities of the world and subjecting the city under oppression while traders and citizens were being extorted. “Today their dramas have started and they were seen running here and there after 13 years,” he added.

The responsibilities of cleaning gutters and garbage disposal had also been shifted from the city government to the Chief Minister, he noted adding that Sindh government wanted to mint money even from garbage and gutters. “Sindh government has no control over the air, otherwise they would have started charging tax on it,” he sneered.

Now a rejected person is appointed as an administrator who is also a spokesman and a minister as well, Haleem Adil said asserting that budget of Karachi Metropolitan Corporation and District Municipal Corporations will start pouring into fake accounts, Younis accounts and Bilawal House accounts as PPP was following a single point agenda of minting money from everything.

Bilawal should be a little ashamed of his white lies as out of 1100 billion Karachi uplift package around Rs. 600 billion were to be provided by the federal government while remaining amount of over Rs. 400 billion by the Sindh government.

Three major drainage channels of Karachi- Mehmoodabad, Orangi and Gujjar Nullahs- were to be cleaned by the federal government while work on dozens of small drains was taken by the provincial government, Haleem said adding that NDMA has completed 90 percent of designated work with an estimated cost of Rs.35 billion while provincial government’s contribution was still awaited.