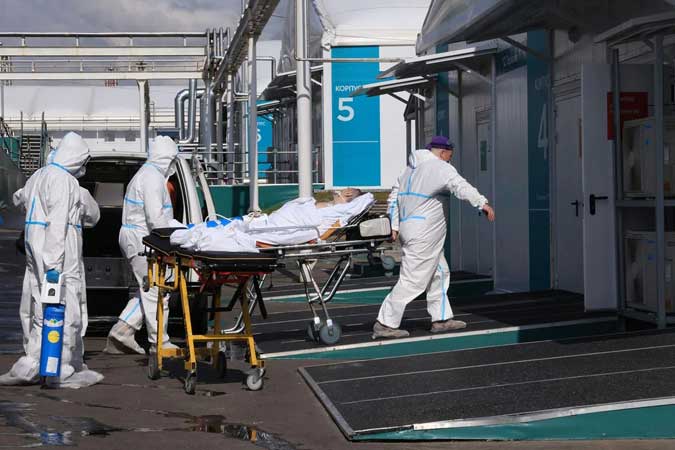 ISLAMABAD: The fourth wave of the COVID-19 has escalated as 141 more Pakistanis have lost their lives in the past 24 hours due to Covid-19, the country’s overall death toll has reached 25,220.

According to The National Command and Operation Center (NCOC) the country’s number of overall confirmed cases has risen to 1,135,858 after the emergence of 4,199 new infections.

Country wide 1,019,434 people have recovered from the pandemic, adding that the positivity rate of infections was recorded at 6.83 as compared to 6.79 percent of the previous day..

141 more lives across Pakistan have held COVID 19 in the last 24 hours, the NCOC said, adding that 5,586 people are in critical condition.

The number of active cases have risen currently up to 91,204.

All inclusive 17,397,803 tests have been conducted so far to identify the deadly virus in Pakistan including 61,410 in the past 24 hours. The most affected region of the country Sindh has 424,139 infections, followed by the Punjab province which has reported 383,742 cases.

With 158,241 cases, Khyber Pakhtunkhwa became third on the increasing  list of COVID 19 cases. Islamabad, 96,980, Balochistan, 31,928, AJK, 31,087  and GB have reported 9,739 new infections, so far. On Tuesday, Federal Minister for Planning, Development and Reforms and the National Command and Operations Centre (NCOC) head Asad Umar said that from September 30 unvaccinated people against COVID-19 cannot travel to Pakistan.