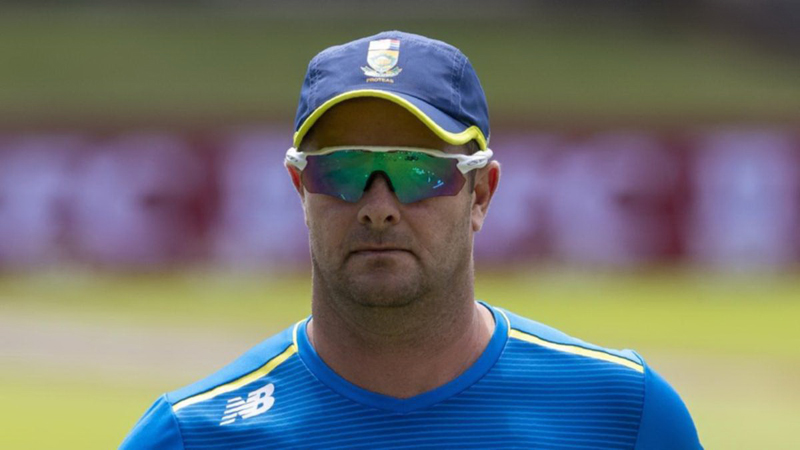 JOHANNESBURG: South Africa head coach Mark Boucher issued a statement on Tuesday apologising for “any offensive conduct, real or perceived” brought to light during hearings into racism in South African cricket. The former long-serving Test wicketkeeper made public a 14-page affidavit he submitted to the Social Justice and Nation Building (SJN) ombudsman, Advocate Dumisa Ntsebeza. Later on Monday, Cricket South Africa announced Boucher’s assistant coach, Enoch Nkwe, had signalled his intention to resign but that talks were being held with him about his future.

It was unclear whether Nkwe’s planned resignation was linked to revelations at the SJN hearings but a morning newspaper claimed sources said Nkwe felt sidelined Meanwhile, South Africa limited overs captain Temba Bavuma said at a press conference ahead of a tour of Sri Lanka that Boucher had addressed the players about the allegations against him and provided “clarity and context”. Boucher said his sworn statement was a general response to issues with his behaviour during his playing days raised by black cricketers at the hearings.

He said he would prefer to deal “one-on-one” with specific allegations by former team-mates that he had offended. But he did go into detail about allegations that he and other white players adapted in an offensive fashion the lyrics of a Boney M song ‘Brown Girl in the Ring’ and sung it at spin bowler Paul Adams during a team fines meetings. Boucher said he was a naive young man when he was first selected to play for South Africa as a 20-year-old in 1997, six years after the country returned to international cricket after 21 years of isolation because of apartheid.

Boucher said he now realised that players, coaches and management were naive. “To my certain knowledge there had not been any briefing or discussion by Cricket South Africa as to how we deal with the legacy of apartheid,” he said, “and how we ensure that there is equality, respect empathy and inclusiveness in the team.” Boucher said nothing he had said or done was motivated by malice or racism.

He said the current South Africa team was “now in an entirely different space” following “meaningful workshops and discussions about how to create an atmosphere of inclusiveness and a culture of respect”. Boucher said there had been “an implicit insinuation” in some media reports and posts on social media that he was a racist. He said these allegations had traumatised him and his family. Boucher said for much of his playing career he had been in charge at fines meetings which usually happened after a series win. They were “light-hearted with lots of laughter, singing and ribbing of teammates.”

He said he did not know who had initiated the Boney M song insulting Adams but acknowledged that what was seen at the time as playful banter was “totally inappropriate”. Bavuma, the country’s first black African captain, said the SJN hearings had impacted the team.

He said most of the players supported the hearings and hoped that mistakes of the past would enable the current squad “to be able to learn from those experiences and those mistakes by certain individuals which can help us pave the way forward.” Bowling coach Charl Langeveldt and fast bowler Junior Dala were late withdrawals from the touring squad because of “Covid protocols”. Dala was replaced by fellow fast bowler Lutho Sipamla.