Junaid Safdar tied the knot at London’s ‘most expensive hotel’ 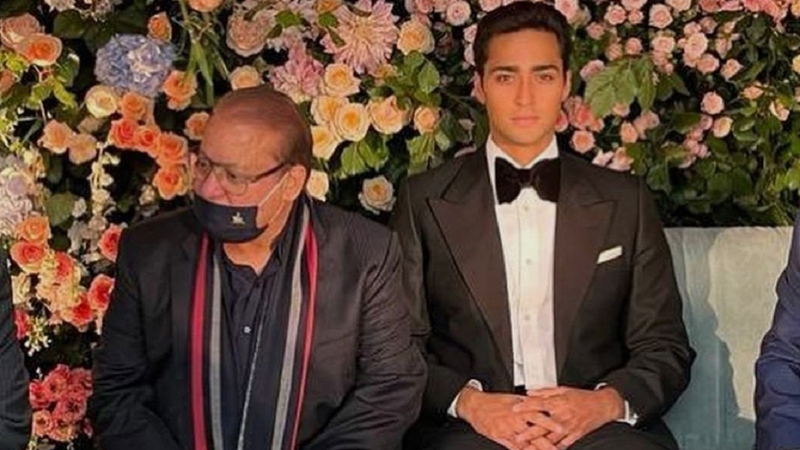 Photos and videos of Junaid Safdar’s nikah venue in London are doing the rounds on social media. Junaid, the son of PML-N Vice President Maryam Nawaz, tied the knot with Ayesha Saif Khan at The Lanesborough, which has been named the most expensive hotel in London by The Telegraph. The videos show the venue bedecked with bouquets, glass candelabra, and chandeliers. Junaid and Ayesha can be seen posing for the camera against a backdrop of flowers. Junaid and Ayesha were married Sunday. Junaid wore a black two-piece suit with a bow tie and his bride Ayesha donned a traditional ensemble by Indian designer Sabyasachi, who has dressed top Bollywood actors such as Deepika Padukone, Anushka Sharma, Vidya Balan, and many others on their weddings. On August 11, Maryam had shared an invite for the ceremony on Twitter. Ayesha Saif Khan is the daughter of Saif ur Rehman, who headed the Ehtesab Cell in the late 1990s.