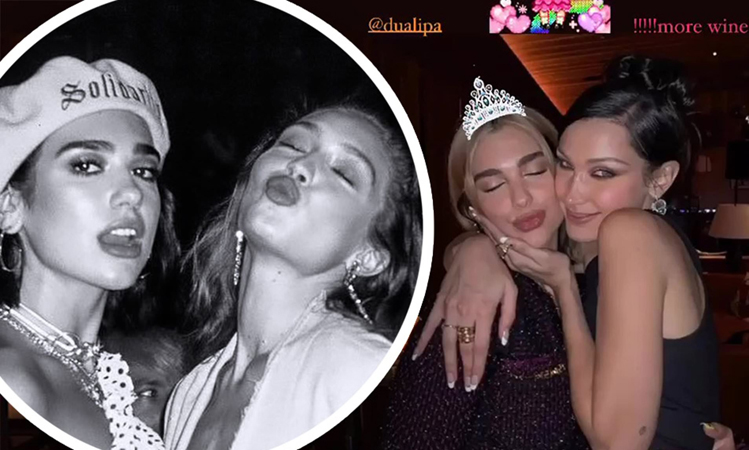 Sources spoke to HollywoodLife about how the Hadid sisters feel about their brother’s growing romance with the British singer.

“Bella and Gigi absolutely adore Dua and they are so happy that Anwar has found such an amazing woman,” said the source.

“They think Anwar has been happier than ever since he began dating Dua. She’s such a positive energy, it’s hard not to love her,” they went on to say.

The grapevine also said that Gigi and Bella “love to hang out” with the Levitating singer. “They were friends with Dua before she began dating Anwar so they have a genuine friendship outside of their brother’s relationship with her,” said the source.

“She absolutely has the Hadid family’s blessing. Gigi and Bella really do look at her as a sister; she fits right in,” they added.