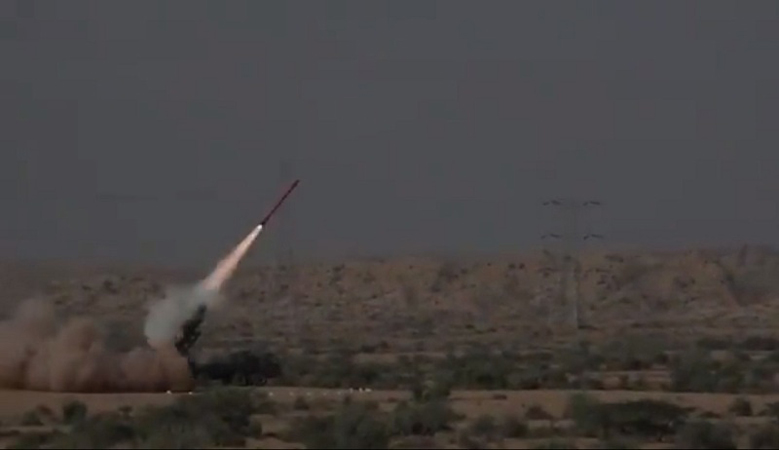 Pakistan Army on Tuesday conducted a successful test of indigenously developed “Fatah-1” guided Multi Launch Rocket System (MLRS), according to a statement by the Inter-Services Public Relations (ISPR). The military’s media wing, in a statement, said the extended-range rocket system was capable of delivering a conventional warhead. “The weapon system will give Pakistan Army capability of precision target engagement deep in enemy territory,” the ISPR added. The president, prime minister, chairman joint chiefs of staff committee and the chief of army staff congratulated the participating troops and scientists on the successful launch. The guided MLRS was primarily developed to hit targets without leaving behind unexploded ordnance. The extended range guided MLRS is a developed variant of the guided MLRS family, usually with an extended range of up to 150km. The development of a conventional system by Pakistan seems to be a response to the Indian focus on the development of its conventional capabilities, besides improving response options to India’s Cold Start Doctrine.