New regulatory framework for Islamabad on the cards 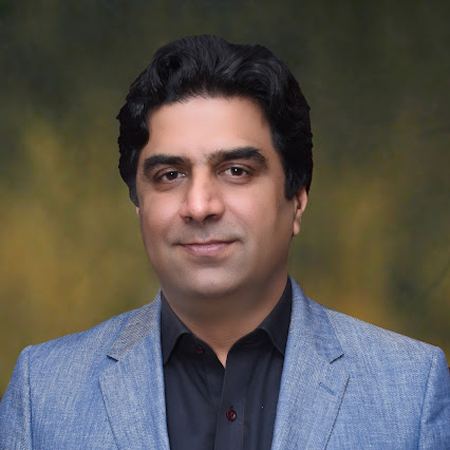 Special Assistant to the Prime Minister (SAPM) on Capital Development Authority (CDA) Affairs Ali Nawaz Awan on Tuesday announced that a new regulatory framework was being developed for the Federal Capital to merge different organizations including Civic Agency, Securities and Exchange Commission of Pakistan (SECP), Cooperative departments, Companies Acts and others into one.

Addressing a news conference, he said the initiative was being taken to avoid urban flooding as one such occurred in the sector E-11 of Islamabad that took lives of a mother and her child recently.

Summary of the framework had been submitted to the Federal Cabinet, he said while hoping that it would become law soon after its principal approval.

Awan said it would be inappropriate for the city, if different agencies including CDA, SECP and others were overseeing its regulatory framework.

He said efforts were afoot to carry out hydrological survey of different societies including sector E-11.

Sharing the brief of an inquiry conducted by three-member committee formed in the wake of urban flooding at the sector E-11, he said the whole city was normal but flooding was occurred in one street of E-11 when the Federal Capital experienced record rainfall for two and half hours on July 28.

Awan said the flooding was caused for narrowing down of nullah to 18 feet from its natural domain of 40 feet.

In 2012, the then CDA’s Member Planning gave permission to cover the nullah, he said, adding the house, in which the water entered on July 28 and killed two people, was given approval in 2014.

There was a dissent in the note thus permission granted by member planning to the then town planner was incorrect, he said, adding all the then hierarchy of CDA including Member’s Planning was charge sheeted on the basis of inquiry report.

It has also been found that society had showed slackness in clearing nullah which was the routine responsibility of the society, he added.

The SAPM said the official of 1122 had been cleared as its officials timely responded to SOS [save our lives] call and reached on time at the spot of flooding.

The Islamabad Capital Territory (ICT) police was taking action against those officials of 15 who failed to play their role in that situation there, he said, adding the two lives would have been saved if those officials had gone there in time and played their due role. He said losses would be recouped by the developers of project and the guilty government officials would be prosecuted.

Awan said the nullah passing through sector E-11 of Islamabad would be restored to its previous shape by removing all the illegal constructions on its banks so that risk of urban flooding could be averted in future.

He said whether the encroachments erected on this nullah through illegal permission and force or developed due to slackness of the CDA, cooperative society or any other agency, all of them would be removed. The nullah (natural stream) would be brought back into its old shape so that the urban flooding would not occurred in Islamabad including sector E-11, he added.