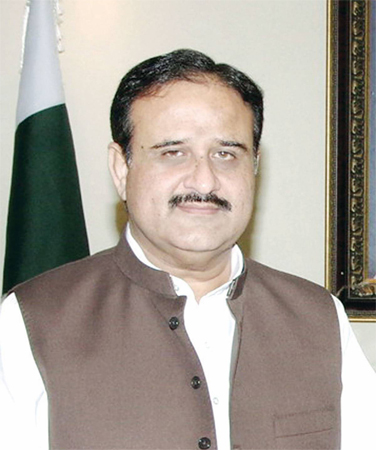 This 606 meters long, two-sided with each side having three lanes project will be completed in 10 months while Rs. 39.5 crore is saved in land acquisition and transparent tendering. Under this project, a 6-kilometre long defence road will also be dualized from labour colony to Multan road along with the construction of 2, 2 small bridges at the Hydiara Drain and canal.

Addressing the ceremony, the CM gave the credit of the composite development process and achievements of targets to PM Imran Khan adding that the Punjab government is following the policy of balanced development so that everyone could enjoy the benefits. Improving the quality of life of the impecunious strata through the creation of opportunities is a priority agenda; he stressed and vowed that everyone will be given the right of development along with equitable access to healthcare and education facilities. The CM said the government was giving attention to providing facilities to the overcrowded areas adding that improvement of roads’ infrastructure is a priority agenda. The government has started development schemes in neglected areas of the provincial metropolis while identifying public needs, he continued. The CM maintained the Shahkam Chowk is a central point to connect different areas of the city. However, the CM regretted that the traffic was often clogged due to lack of space. The CM maintained the government has completed several projects in Lahore including the Lal Shahbaz Qalandar underpass, entrance point at Thokar Niaz Baig, a pedestrians’ bridge at Jinnah Hospital and construction of an underground water tank for rainwater. Similarly, the Miyawaki urban forests were being developed at different points in Lahore, he appended. An organised master plan 2050 ‘center of civilization and prosperous Lahore’ was being devised under LDA’s supervision to develop the provincial metropolis according to future needs, he added.

While talking about the development performance of the PTI government, the CM said a turbo roundabout will be built at Shahdara Chowk to resolve traffic gridlock by raising separate passages for heavy and routine traffic. Work on Sheranwala gate flyover and Ferozepur Road Gulab Devi underpass projects is in progress while another underpass will be constructed at Samanabad Chowk, he said. Meantime, three parking plazas were being assembled at Sheranwala Gate, Masti Gate and Ek Moriya Pul to park more than one thousand vehicles, he told. The previous government launched different projects, excluding the orange line metro train project, valuing Rs.67 billion in Lahore during the third year of its tenure while the PTI government devised development schemes worth Rs.85 billion for Lahore in its third year, he added.

The CM asserted that the Ravi River Urban Development Project and Central Business District are game-changer initiatives to transform Lahore into a world-class city. Alongwith the establishment of a children health university, a mother and child block will also be completed with Rs.7 billion at Ganga Ram Hospital, he added. He announced a new general hospital will be built with Rs.14 billion and a surface water treatment plant will be established at Mehmood Booti Shahdara and Shadbagh with Rs.10 billion. Another surface water treatment plant was being set up at the BRB Canal, he said. Meanwhile, the CM continued that work is in progress on the water disposal project from Larechs colony to Gulshan Ravi, rehabilitation of historical heritage at Lahore Fort and ‘dilkash Lahore project’ to highlight the multifarious beauty of the historical city.