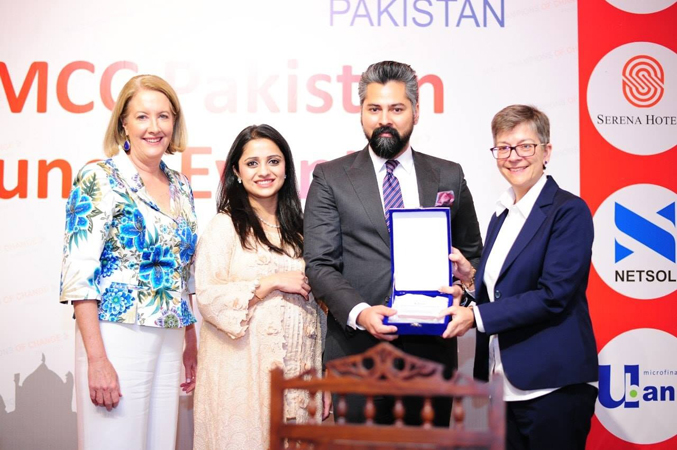 MCC’s strategy focusses on identifying and coopting men of power and influence to have them step up alongside women leaders to form an effective coalition to lead and be accountable for change on gender equality issues in their organizations and communities – be they local, national or global.

“It is an honour to be part of this prestigious global group representing Pakistan. The heart of the MCC strategy brings men of power and influence to form a high profile coalition to champion, effect and achieve change on gender equality issues in organizations and communities. Pakistan currently ranks the second lowest country in the world for gender equality, according to the Global Gender Gap Index. Although efforts to promote gender equality are apparent within Pakistan’s Vision 2025, there is still much more to be done to improve the realities for women and girls across the country.” said Fiza Farhan.

The Pakistan Group became the first international expansion for the Global Champions of Change Coalition founded in 2008 in Australia by the then Sex Discrimination Minister of Australia Elizabeth Broderick and comprises of a total of 260+ CEO’s spread across the private sector space. In Pakistan, the group includes CEO’s representing various sectors including hospitality, telecommunications, information technology and software, micro-finance and sports organizations. Members work within and across their organizations to focus and lead on gender equality, diversity and women’s empowerment, not only within their organizations but in the society as a whole.